Snapshots 2015: A Yearbook for DO-IT Participants 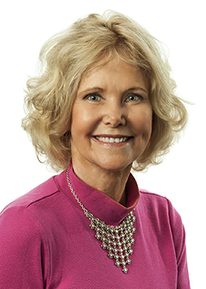 The DO-IT Center has hosted Summer Study sessions for students with disabilities on the campus of the University of Washington (UW) since our first session in 1993. When measured by the achievements of our participants and their interest in staying connected with each other and newcomers, the success of the community we have established is clear.

This publication facilitates communication among DO‑IT Scholars, Pals, and Mentors. DO‑IT Scholars are high school students with disabilities who are preparing for college and careers. They have interests in challenging fields that include science, mathematics, engineering, technology, and business. They attend our Summer Study program at UW in Seattle, participate in internships and leadership activities, and take part in an e-community year-round. Additional high school students with disabilities, the DO‑IT Pals, join this e-community. When Scholars move on to college, they become DO‑IT Ambassadors, sharing their experiences with the younger Pals and Scholars. This e-community is also supported by DO‑IT Mentors, most of whom have disabilities themselves and are pursuing challenging postsecondary studies and careers.

Primary funding for DO‑IT is provided by the National Science Foundation, the state of Washington, and the U.S. Department of Education. These and other investors, listed in the DO‑IT Funding section on pages 92–93 of this publication, sponsor the many activities that DO‑IT undertakes. We appreciate their generous support. Those who wish to help fund continued efforts can submit their donation with the Support DO‑IT: How Can You DO-IT? form on page 94.

DO‑IT has received many awards, including the Presidential Award for Excellence in Science, Mathematics, and Engineering Mentoring. We also received the National Information Infrastructure Award in 1995, the Golden Apple Award in 1999, the Association for Higher Education and Disability (AHEAD) Exceptional Program Award in 2001, the Promising Practice Award in 2005, the Trace Research and Development Center’s Catalyst Award in 2006, the University of Washington College of Engineering Team Innovator Award in 2007, the Career Opportunities for Students with Disabilities (COSD) Robert S. Greenberg Innovation Award in 2007, and the AHEAD Professional Recognition Award in 2011. These awards document the achievements of the DO‑IT participants. Together, these young people are changing the world, making it a more welcoming and accessible place for all of us.