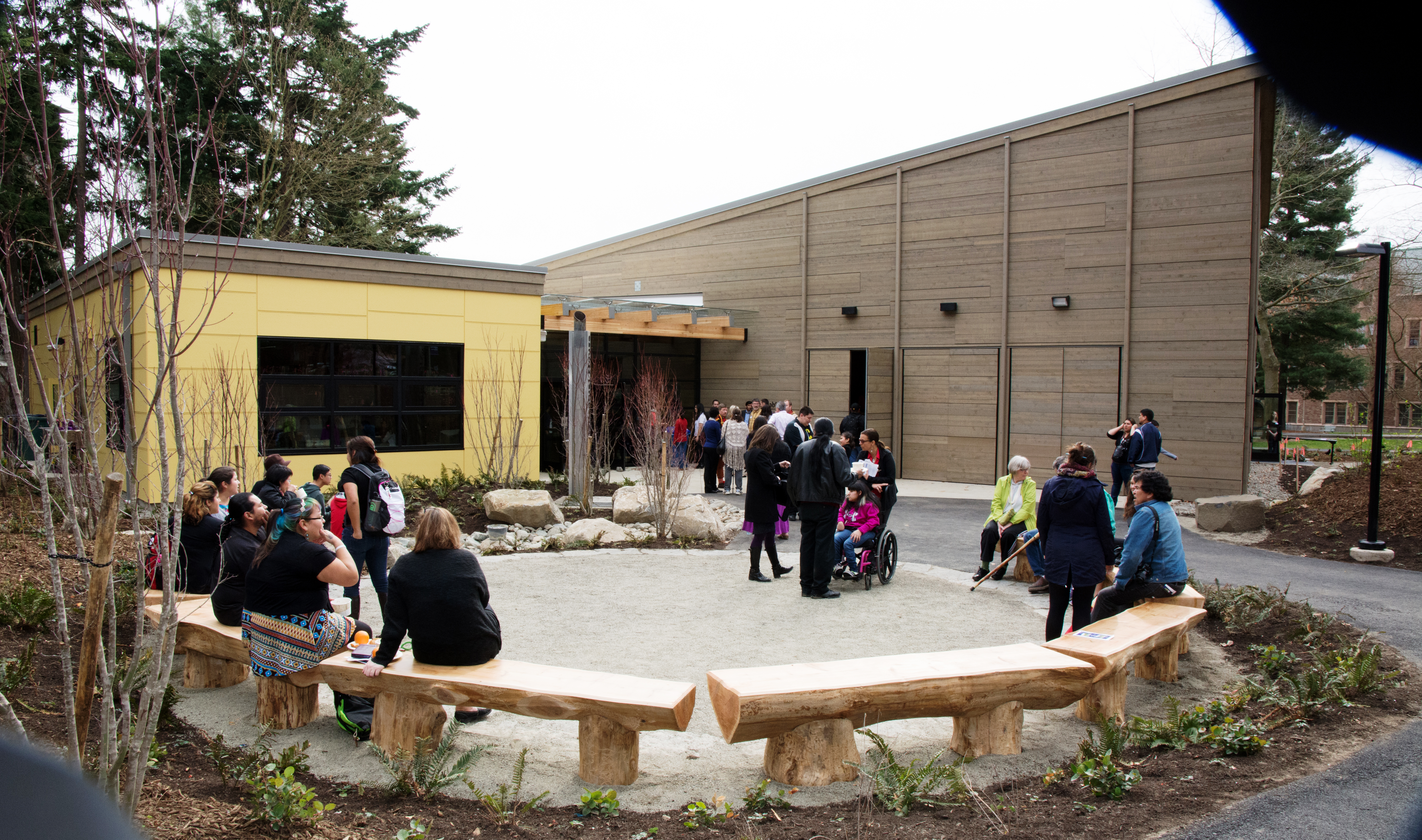 wǝɫǝbʔaltxʷ – Intellectual House is a longhouse-style facility on the UW Seattle campus. It provides a multi-service learning and gathering space for American Indian and Alaska Native students, faculty and staff, as well as others from various cultures and communities to come together in a welcoming environment to share knowledge.

Until then, we will remain closed to student and public use with virtual and remote resources available M-F, 9 am – 5 pm. 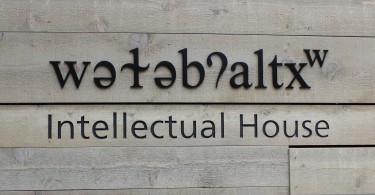 The traditional name for wǝɫǝbʔaltxʷ – Intellectual House comes from the Luhshootseed language and is phonetically pronounced “wah-sheb-altuh.” Recording was provided by Jill K. La Pointe, MSW ’88, of the Upper Skagit and Nooksack Tribes. She is the granddaughter of the late Vi Hilbert, a revered Luhshootseed linguist.

A primary purpose of wǝɫǝbʔaltxʷ – Intellectual House is to increase American Indian and Alaska Native (AI/AN) students’ success at UW by preparing them for leadership roles in their tribal communities and the region. While the UW has made promising gains in recruiting AI/AN students, retention and graduation rates for AI/AN students fall short of those of other student groups, both at UW and at colleges across the country. wǝɫǝbʔaltxʷ – Intellectual House will support students’ ability to remain involved in their home tribes and communities through its social and academic programs and its symbolic design. We envision that tribal elders and community members will gather together at wǝɫǝbʔaltxʷ – Intellectual House for dialogue, storytelling, and sharing knowledge with our students.

wǝɫǝbʔaltxʷ – Intellectual House officially opened on March 12, 2015. The site is located on the Northeast section of the campus, between the Quad and McMahon Hall.

wǝɫǝbʔaltxʷ – Intellectual House is an 8,400-square foot building that features a gathering hall for 600, a large kitchen that accommodates teaching space for indigenous food preparation and a meeting space. This building and the current outdoor gathering circle complete the first phase of the project.

The second phase will add a building for teaching and learning and include student programming space, meeting rooms, an arts lab and an Elders lounge.

Fundraising to complete the $12 million second phase is underway. Gifts to support the program can be made here.

In order to reserve a space at wǝɫǝbʔaltxʷ, you must first submit an online request through the Reservation Request Form. This represents a request ONLY and does not guarantee you a space. The information you provide will be used to determine whether we are able to accommodate your request.