The Power of Representation: Autism in the Power Rangers Movie 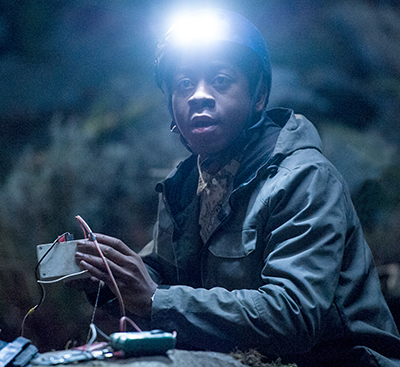 When I went to see the most recent Power Rangers movie, I wasn’t expecting anything more than to watch a fun movie. But then Billy Cranston, one of the main characters, said four words that shook me to the core: “I’m on the spectrum.” I, too, am on the autism spectrum, and I have been perpetually let down by Hollywood’s portrayal of autism. Most of the time, autism is portrayed as a weakness for a character to overcome, or even just to turn the character into a prop. To my amazement, I found that this was not the case with Power Rangers.

Billy’s autism was portrayed as an asset, not a liability. His meticulous attention to detail allowed him to pick up critical information long before anyone else did. His special interest — in this case explosives and other scientific phenomenon — not only proved useful, but actually set the plot in motion. Most critically, Billy proved to be an extremely empathic character. A common misconception about autistic people is that they lack empathy, but in actuality, while autistic people can have difficulty identifying the emotions of others, they tend to respond more empathically than average once they have done so. Billy’s empathy helped the other main characters form emotional bonds with one another, which proved critical in unlocking their abilities and resolving the plot.

I have been let down by Hollywood’s portrayals of autistic people as burdens to the neurotypical or clueless savants over and over again, so to encounter an almost perfect portrayal of autism in a Power Rangers movie of all things was a delightful surprise. The combination of this portrayal, witty dialogue, detailed character arcs, and plentiful action made Power Rangers not just a good movie, but an extraordinary one.