The Add Approver or Add Watcher link allows you to add a person or role (for example: Dept Reviewer) to the Approval Flow. This function may be used when: 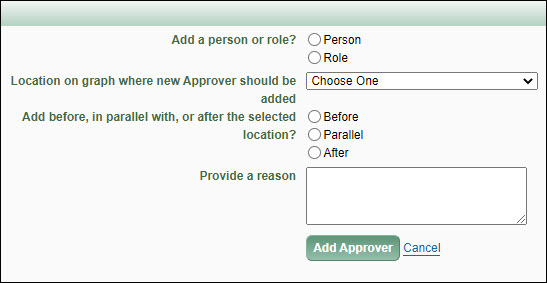 The next step is to select a location on the graph for the added reviewer based on an existing reviewer:

A new node will be added to the approval chart in this location.

An email notification will be sent to the reviewers for the role, or the specific person added, at the appropriate time in the approval flow process. 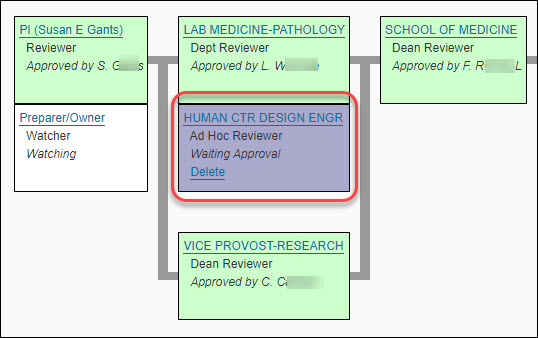