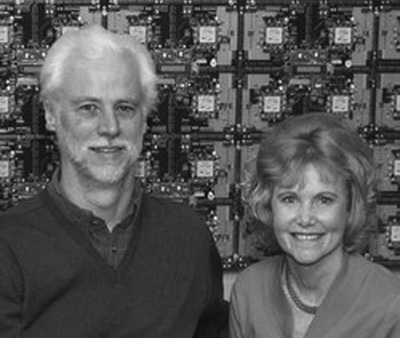 The University of Washington is launching a new national program that will consolidate its position as a leader in helping people with disabilities enter the world of computing.

The Alliance for Access to Computing Fields, supported with a $2 million National Science Foundation grant, teams up two UW entities already active in the field—the nationally ranked Department of Computer Science & Engineering and DO-IT. They are building a nationwide network by partnering with other universities and industry to identify qualified students with disabilities and help them succeed in computing programs and careers.

"This is an untapped resource," according to Sheryl Burgstahler, co-director of the alliance and director of DO-IT, which in 1997 received a Presidential Award for Excellence in Science, Mathematics, and Engineering Mentoring. "There are still a lot of computing fields out there looking for people with specialized expertise."

Just a few years ago, she said, such pathways were blocked for many students with disabilities. But that has changed. "We are working in new territory," she said. "Now it's very reasonable for these students to pursue a computing degree. We want to find them and encourage them to enter computing careers."

Richard Ladner, co-director with Burgstahler and professor in computer science & engineering, said people with disabilities can help fill the country's need for talented, creative individuals in computing careers. "The shortage of qualified professionals in computing fields is due in part to the under-representation of specific groups of Americans, including women, racial and ethnic minorities, and people with disabilities."

The obstacles faced by people with disabilities who want to enter the field are daunting, Burgstahler said. Facilities are often inaccessible, curriculum materials are difficult to use, and computers, scientific equipment and electronic resources are seldom designed for those with disabilities. Add to that inadequate academic support, lack of encouragement, a dearth of role models and low expectations, and the barriers can seem insurmountable. To combat them, the alliance is using a three-pronged approach to:

"The infrastructure is already there—we'll use it to connect successful practices from around the country," Burgstahler said. "We are building the elements of the alliance on models that have already proven successful in DO-IT and in Richard's work. I think we're the perfect combination to pull this off."

According to Ladner, the overall thrust of the alliance involves connecting people -- both those with disabilities and those who interact with them -- with critical resources that they might otherwise never know about.

"This is very much a people-oriented project," Ladner said. "We are looking at breaking up the misunderstandings that happen because people simply don't have experience."

For more information, consult the AccessComputing.
Website at www.washington.edu/accesscomputing.