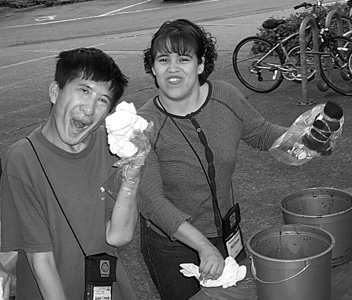 Year after year for the last decade Scholars have descended upon the University of Washington campus, hungry for new experiences and ready to take on the rigorous DO-IT Summer Study schedule. "Many days this year were non-stop from seven in the morning to ten or eleven at night," noted DO-IT program manager Sara Lopez. "Somehow, the Scholars made it through the challenging days with energy to spare!" And just what filled up all of those "challenging" days? According to Michael Richardson, DO-IT program coordinator, "If it's related to science and computer technology, we did it. Computer labs, hi-tech tours, sophisticated projects... and lots of e-mails!". 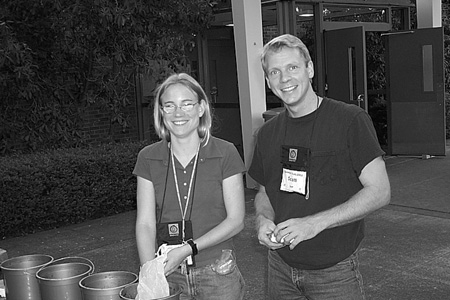 When asked the secret to the success of Summer Study, the Director Sheryl Burgstahler simply said, "Great kids + great staff...how could we lose?"

‹ Boeing and NASA Expand DO-IT Scholars Program up Summer Study '02: What Did the Phase I Scholars Do? ›
Back to Top