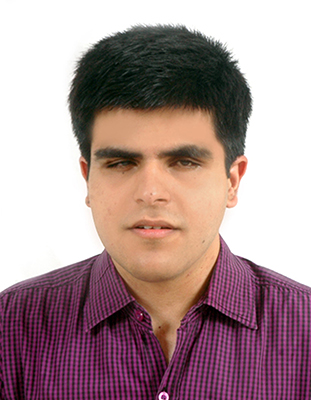 I’m a junior majoring in computer science at Stanford University specializing in human computer interaction and artificial intelligence. This summer, I worked on the accessibility team within the operating systems group at Microsoft, developing a Windows service that would provide more feedback to the team, thereby helping improve the accessibility of their applications.

The application process started with a meeting with Microsoft’s on-campus recruiter for Stanford. I expressed my interest in accessibility and talked about my prior experience. I flew to Microsoft’s headquarters in Redmond, WA for a day of technical interviews. AccessComputing also connected me to a few contacts at the company, and their guidance proved very helpful in preparing for the interviews. While the interviews primarily tested my coding and design abilities, they were also an opportunity for me to learn about the team and the potential project that I would be working on. I particularly liked how the interviewers tried to keep the entire process interactive.

Even before the internship, I was invited to attend the company’s Ability Summit, a two-day event where employees come together to develop solutions that can empower people with disabilities. This event left me highly impressed with Microsoft’s commitment to diversity. I participated in the ability hackathon where I, along with two other developers, worked on a Yammer client that makes it much easier for screen reader users to interact with the application. Our project was recognized by the CEO, and he gave us some constructive feedback to further improve it. I also made it a point to network with current employees with disabilities at the company, and these connections later helped me a lot during the internship.

After getting the internship, I started ramping up on the technology that I would use for the project. The internship was designed in such a way that I was responsible for implementation, design, and testing. Design is something that I had never done before, so it was a challenge for me. The implementation phase took longer than expected, but it was a good learning experience to work through unexpected bugs and other issues in the development cycle. I also got an opportunity to review and play with existing Microsoft’s internal code, which helped me better understand coding practices and standards in the industry. I learned more about UI automation (which is the cornerstone of accessibility at Microsoft) and applied several concepts I learned at school, such as concurrency control. Besides technical knowledge, I also gained a better appreciation for working in a corporate culture, and how that is different from a school environment. For instance, I would often spend a significant amount of time trying to resolve problems I encountered on my own by reading online documentation, but I soon realized how inefficient that was. With people around me who had first-hand experience with different types of technologies, it made more sense to schedule a short conversation with the concerned person and resolve issues quickly.

I actively participated in other events around the company. In particular, I was a part of the “deep vision” team in Oneweek, Microsoft’s annual hackathon. My team developed an application that helps a blind person with indoor navigation, while also helping to instantly read and scan documents such as restaurant menus. Our project was selected as the best project in the Tech for Social Good category. It will be further improved and possibly shipped. Similarly, I also interacted with other teams and helped them brainstorm ideas that could help people with disabilities. Interaction with other teams has inspired me to learn about natural language processing and helped me to secure a return offer for next summer.

My internship ended with a presentation of my work. The company plans on using my tool as a validation tool for accessibility, and I’m excited to see it’s positive impact.

To secure an internship like this, I recommend applying early. The internship positions at big companies fill up quickly, and chances of getting in later decrease accordingly.