History and Current Trends Regarding People with Disabilities 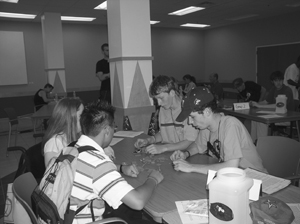 The impact of the return of disabled veterans after World War II and the fights for civil rights of women and racial and ethnic minorities contributed to changing perspectives on disability in the United States. Growing numbers of people with disabilities and their advocates saw that it was not disability but rather an inaccessible environment and the negative attitudes of others that were the greatest contributors to the restrictions they encountered. Their view that access to programs and services was a civil right led to legislation that included the Architectural Barriers Act of 1968, the Rehabilitation Act of 1973, the Education of All Handicapped Children Act of 1975 (later updated and renamed the Individuals with Disabilities Education Act, IDEA), and the Americans with Disabilities Act of 1990 (ADA). These and other laws mandate that people with disabilities have full access to education, transportation, technology, employment, and other life experiences. Sometimes this requires that reasonable accommodations be made.

Although buildings are now built with accessibility features as part of the original design, only recently has the concept of universal design been promoted in the development of technology, learning environments, services, work sites, and information resources (Burgstahler, 2001b). When universal design principles are applied, environments, programs, and resources are accessible to people with a broad range of abilities, disabilities, and other characteristics, minimizing the need for special accommodations. Widespread applications of universal design can ultimately lead to a world that is more accessible to everyone. They support the full inclusion of people with disabilities and other underrepresented groups in recognition that diversity is a necessary condition for excellence in education, employment, and social settings.

The content of this book is supported by decades of research and scholarship that tell us about how individuals with different types of disabilities lead challenging and rewarding lives. Simply put, this book is about self-determination. But what is self-determination? There are many definitions from which to choose. The following definition (Field, Martin, Miller, Ward, & Wehmeyer, 1998, 1999) provides a foundation for the content of activities in this book.

Self-determination is a combination of skills, knowledge, and beliefs that enable a person to engage in goal-directed, self-regulated, autonomous behavior. An understanding of one's strengths and limitations together with a belief in oneself as capable and effective are essential to self-determination. When acting on the basis of these skills and attitudes, individuals have greater ability to take control of their lives and assume the role of successful adults. (Field et al., 1998, p. 2) 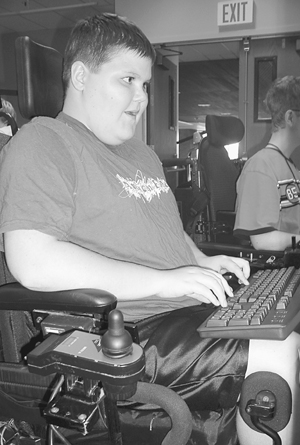 Gaining control over one's life involves learning and applying self-determination skills. These include self-awareness, goal-setting, problem-solving, and self-advocacy. The personal process of learning, applying, and evaluating these skills in a variety of settings is at the heart of self-determined behavior that leads to successful transitions to adulthood. The activities in this book provide opportunities for young people to reflect on their own experiences as well as learn and practice self-determination skills. They share the lessons learned by those who are successfully traveling the road to self-determined lives and provide a model of how young people can be guided toward self-determined behavior within an online mentoring community. Although not a comprehensive course on self-determination, the activities in this book are consistent with the performance-based standards for the preparation of special educators adopted by the National Council for Accreditation of Teacher Education (2002) for program accreditation. Examples of characteristics of special education teachers that directly address components of self-determined behavior noted in this report include:

Growing evidence suggests that enhanced self-determination skills enable students with disabilities to perform more effectively in academic studies and thus support the goals of No Child Left Behind legislation and standards-based school reform. In addition, many state standards for students include elements of self-determined behavior such as goal setting, problem solving, and decision making. There exists a wide variety of self-determination curricula; some can be located by consulting the resources and bibliography in Chapter Fourteen of this book. The activities in this book were developed after a comprehensive literature review, with special attention given to the self-determination curriculum that has been field-tested (Test, Karvonen, Wood, Browder, & Algozzine, 2000).

Developing self-determination skills within an online mentoring community has limitations. It is recommended that the activities in this book be augmented with opportunities to apply what is learned. Teachers, parents, and other caring adults can help young people by providing opportunities for choice, problem solving, and decision making. For very young children, letting them choose between several books to read, games to play, or clothes to wear may be appropriate; as they grow older, opportunities for greater control should be provided. The key is steady growth in the number and complexity of choices they can make that affect their lives.

‹ Overview of this Book up DO-IT ›
Back to Top