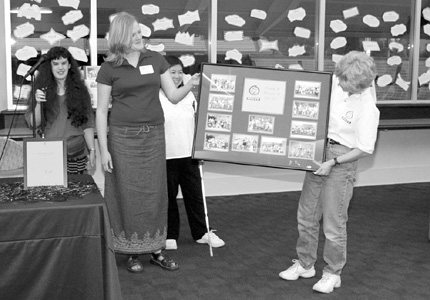 This summer, DO-IT celebrated its tenth anniversary in UW Husky Stadium-Don James Center. On October 1, 1992, the first of many grants to support DO-IT was received from the National Science Foundation. The ultimate goal of all DO-IT projects is to increase the college and career success of individuals with disabilities. Technology is used as an empowering tool. Happy Birthday DO-IT!

‹ Summer Study '02: What Did the Phase II Scholars Do? up DO-IT to Lead Alliance for the National Science Foundation ›
Back to Top