Disability and the Media: Part Three

In my last article (One Stop Shopping to Find Out If Your Vulnerable Applications are Up-To-Date), I talked about the importance of having people with disabilities both in front of the camera and in the writers' room. It is one way to avoid some common crimes of representation, such as "inspirational" characters with disabilities who are actually meant to be pitied and patronized; or disabled characters whose only purpose is to inspire a non-disabled character to be a "better person." This is objectifying and therefore dehumanizing. Portraying characters with disabilities as multi-dimensional, where the disability is not the character, but an aspect of the character, better represents the experience of having a disability.

Media can either oppress or empower. I've personally experienced both, so I see the influence that media images have in shaping the public's understanding of disabled people and their perspectives. Audiences will internalize images of disability and attribute them to disabled people as a whole. When portrayals oppress, they bolster stereotypes and misconceptions within society. When portrayals are empowering, they can change the way society thinks about disability for the better.

Take portrayals of mental illness. I've heard it said, "For every villain, there's a mental illness diagnosis." Mental illness is often used as a crutch (pun intended) for writers when creating a villain's motives and backstory. In Batman, the Joker is described as being schizophrenic. Norman Bates: Dissociative identity disorder (DID). Hannibal Lecter: Post traumatic stress disorder PTSD). Jack Torrance (The Shining): PTSD (and the whole being possessed by a demon thing). The Riddler: Obsessive compulsive disorder. James Moriarty: Narcissistic personality disorder. And the list goes on. 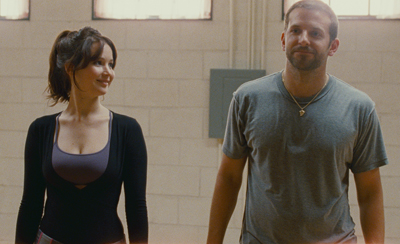 The movie Silver Linings Playbook (2012) has been called both a positive and negative representation of a person living with bipolar disorder. While most movies portray mental illness as slowly descending deeper and deeper into despair, Silver Linings Playbook shows a more realistic up, down, then up again pattern that many with bipolar disorder can relate to. However, The New Yorker movie critic Richard Brody believes "the movie will be a hit with those who think that hyperactivity is just a failure of discipline and depression merely a bad attitude."

Another seemingly mixed bag is the television show United States of Tara, which tells a story of a woman living with DID and her family. Tara has four "alters," each of whom have distinct personalities, identities, style, and priorities. There is no doubt that the show is over the top, and only representative of about 5% of individuals with DID (according to the International Society for the Study of Trauma and Dissociation), but it also balances fiction with reality. There are two main reasons why I love the show and why it does a better job at representing mental illness than most.

First, the producers of the show did their research. They included both those with DID and experts in the field in the process of writing the script. Second, the show covers many real-life issues that affect people with mental illnesses that are not often talked about. For example, Tara is constantly told by her sister that her DID isn't real; that Tara is in control but just wants attention, saying "It's not a disorder, it's a weakness." Often times people with mental illnesses are invalidated by loved ones because their disorder is not seen as real or legitimate. The relationship between Tara and her therapist delves into the causes and treatment of her DID. Tara eventually comes to terms that she is suffering from PTSD, and therefore can begin accepting and learning to cope with her DID.

The sad fact is that the occasional TV show with a balanced, multi-dimensional portrayal of disability still is not enough. Many times it is the harmful and untrue portrayals that contribute to how society perceives and reacts to mental illness. People in the media have the power to create positive change in portrayals of mental illnesses, and we should encourage them to use that power to legitimize the real world experiences of people who live with them.

‹ Scholar Profile: Melissa up DO-IT Scholars Featured in Upcoming Closing the Gap Article ›
Back to Top