Congratulations to the 2020 DO-IT Trailblazers!

The DO‑IT Trailblazer award highlights DO‑IT community members who forge new pathways that will benefit others. Through their work and accomplishments, they have changed the way the world views people with disabilities. In addition, they have increased the potential of people with disabilities to succeed in college, careers, and community life. Congratulations to this year’s four honorees! 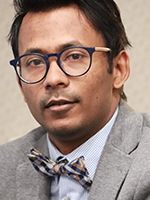 Ather Sharif, a DO-IT AccessComputing team member, has served as a leader and mentor dedicated to increasing the accessibility of information technology and the full participation of people with disabilities in computing. Ather is a Ph.D. student in the Paul G. Allen School of Computer Science and Engineering at the University of Washington, a software engineer at Comcast on the Core Application Platforms Team, and founder of EvoXLabs, an initiative dedicated to bridging the gap between technology and people with disabilities. Through EvoXLabs, Ather has mentored multiple AccessComputing team members in internships focused on accessibility. He has also partnered with DO-IT to organize hackathons and conferences focused on accessibility.

Brett Humphrey has helped host the annual DO-IT Summer Study Microsoft visit for over a decade. Over the years, Brett has met with many DO-IT participants for mock interviews, collaborated with DO-IT participants at major assistive technology conferences, and spent time with students during Microsoft’s annual Ability Summit. He has participated in many DO-IT workshops on the UW campus. While at Microsoft, he has worked on game development tools and university partnerships. More recently, Brett has been working on the Windows Accessibility Team. Brett’s work has helped create a more accessible digital world. He is consistently willing to advance the conversation about accessibility. 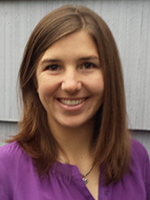 Kat M. Steele, a DO-IT collaborator on our work in AccessEngineering, has worked to ensure that information about disability, accessibility, and universal design is included in the engineering curriculum at the University of Washington (UW) and beyond. Kat is the Albert S. Kobayashi Endowed Professor in Mechanical Engineering and Associate Director of Center for Research and Education on Accessible Technology and Experiences (CREATE) at the UW. Her research focuses on integrating dynamic simulation, motion analysis, medical imaging, and device design to improve quality of life for individuals with neurologic disorders. Kat has actively participated in DO-IT Summer Study by hosting DO-IT students in activities where they have learned about makerspace accessibility, engineering principles, and universal design. She has also developed resources and published articles with DO-IT staff on topics related to makerspace accessibility and teaching about accessibility in engineering. 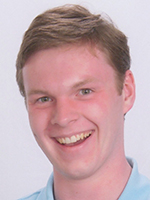 Ryan Fox, 2009 DO-IT Scholar, and according to his email signature “life long DO-IT Ambassador” is a remarkable and effective advocate. In high school, Ryan made a film about taking the train from Everett to King Street Station to educate people with disabilities about the experience. While an undergraduate student, Ryan shared his “Different Doesn’t Mean Dumb” message with countless high school students. It is believed Ryan was the first student with autism to participate in Washington State’s Senate Page Program. He helped SeaTac airport staff in their quest to become the world’s “most accessible airport” and helped them launch and build their “Wings for Autism” program, which supports individuals on the autism spectrum who want to become more comfortable with air travel. Ryan hosted a booth for many years at the Snohomish County Transition Fair and facilitated “Person Centered Planning” in a team setting. He has presented at the Washington State Youth Leadership Forum, encouraging students with disabilities to set challenging goals for themselves. Ryan’s speeches to Special Education PTA groups in K-12 schools inspired many students to plan ahead for college. He has also been featured as a presenter at the UW Autism Program and at an event called “Autism in the Media” in San Francisco. Ryan is currently communicating with the League of American Orchestras and the Auburn Symphony to promote sensory friendly offerings and enhance the accessibility of concerts. His accomplishments in symphonic percussion, music, aviation management, advocacy, and mentoring are spectacular!