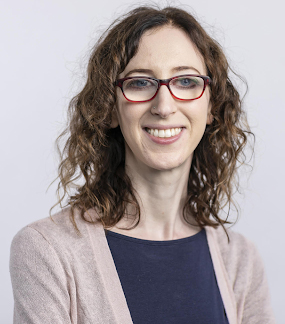 Shiri Azenkot, former AccessComputing Team member, is now an associate professor in the Jacobs Technion-Cornell Institute at Cornell Tech and the Technion. She is also a faculty member in Information Science at Cornell University. She received her undergraduate degree at Pomona College in California in 2005 and her PhD at the University of Washington (UW) in 2014. Between her graduation from Pomona and entering UW, she worked in industry for four years. Her research area is human-computer interaction (HCI) with a focus on accessibility. While at UW, she won the UW Graduate Medal that recognizes PhD candidates whose academic expertise and social awareness are integrated in a way that demonstrates an exemplary commitment to the University and its larger community. Most recently in 2021, she was named Honorable Mention for the Skip Ellis Early Career Award given by the Computing Research Association that recognizes early-career individuals underrepresented in computing research that best exemplify the pioneering spirit of Skip Ellis, the first African American to earn a PhD in computer science. The award is for individuals who have made significant research contributions in computer science and/or engineering and have also contributed to the profession, especially in outreach to underrepresented groups.

Shiri has made many research contributions that have had significant impact. She is a leading contributor to the ACM SIGACCESS Conference On Computers and Accessibility (ASSETS) and has won several best paper awards there. Her research spans accessible technologies for smartphones, 3D printing, and augmented and virtual reality (XR). She has a special interest in innovative technology for people who are blind or have low vision. For her work in accessible XR, she won a National Science Foundation CAREER award in 2020. She is one of the founders and leaders of XR Access, an initiative of academics, practitioners from industry, and advocacy groups with a focus on making XR accessible. She has supervised two PhD students who have gone on to careers: Lei Shi who is at Google and Yuhang Zhao who is an assistant professor at the University of Wisconsin. She currently supervises five PhD students.