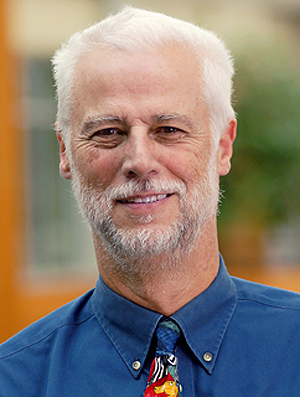 DO-IT collaborator and AccessComputing Principal Investigator (PI) Richard Ladner has recently received two awards related to his work broadening the participation of people with disabilities in computing fields. This January at the National Science Foundation’s STEM-CP: Computing Education for the 21st Century PI Meeting, Richard received the Broadening Participation Community Award “in recognition of excellence and leadership in increasing access to computing for students with disabilities.” At the meeting, Richard delivered a keynote address titled “Accessibility Is Not Enough.”

This February, at the Tapia Celebration of Computing, Richard received the Richard A. Tapia Achievement Award for Scientific Scholarship, Civic Science, and Diversifying Computing.  He was honored “for his incredible commitment and contributions to the disability community in computing.”

We’re lucky to have Richard as a partner in DO-IT’s efforts and look forward to continuing to work with him. Find more information about Richard’s efforts at www.geekwire.com/2014/disability-technology/.