Recent advancements in assistive technology, greater reliance on computers, and increased job specialization have resulted in employment opportunities in fields that were once considered unsuitable for individuals with disabilities. These career fields include science, technology, engineering, and mathematics (STEM). Many of these careers require knowledge and skills obtained through postsecondary education. 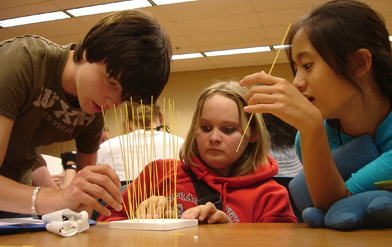 The number of individuals with disabilities seeking postsecondary education has increased over the last decade. Reasons cited for this increase include those listed below:

However, people with disabilities are still underrepresented in some academic and career areas, including STEM. "For far too long," wrote Dr. Larry Scadden, past senior program officer for the National Science Foundation's Program for Persons with Disabilities, "we've been closing disabled people out of science and math, in the classroom, the laboratory, and the workplace. There are a vast amount of intelligent people who simply don't know how to accommodate the disabled. They don't have any idea how disabled men and women do science. They don't really realize that they can do science. In some instances, students don't want persons with disabilities in their classrooms or labs. They're afraid they'll be slowed down by them. They don't want competition for their time at the lab bench. These attitudes, the myths and the ignorance, have created a major barrier that must be removed" (Scadden, 2001).

Scadden—totally blind himself—alludes with great pleasure to such historical figures as Galileo, who became blind, and Einstein, who was thought to have been Dyslexic, as well as to the renowned contemporary physicist Stephen Hawking, whose movement and speech are severely affected by Amyotrophic Lateral Sclerosis. Society cannot afford to deprive itself of the potential for scientific progress that resides—and all too often remains untapped—in the minds of people with disabilities. 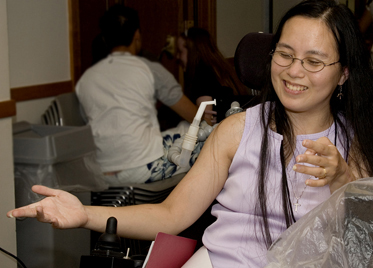 It should be noted that in the past, society has benefited from innovations that were originally conceived to benefit people with disabilities. For example, captions on television programming were created for people with hearing impairments but are now used by millions of people who need to watch TV in noisy places or with the sound turned off so others are not disturbed. Sidewalk curb cuts, intended at first to help people using wheelchairs negotiate intersections, are a welcome accommodation for the elderly, parents pushing baby strollers, delivery people, and skateboarders. "Generally," reports Dr. Scadden, "if you design a product—whether it's a consumer product or a classroom curriculum—in a way that it can be used by people with disabilities, it will be a better product for everybody" (Scadden 2001).

‹ Part I: Making Instruction Accessible up Overview and Access Issues ›
Back to Top