50 Years of the Trace Center 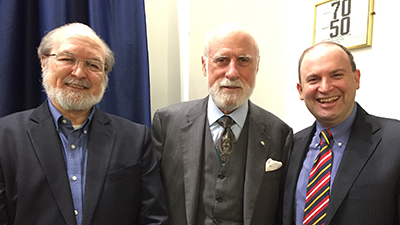 The Trace Research and Development Center started in 1971 at the University of Wisconsin under the leadership of Gregg Vanderheiden. In 2016, It moved to the University of Maryland (UMD) to take advantage of its strong College of Information Studies with its history of working at the intersection of people, information, and technology, with a history of commitment to universal access, user-centered design, and real-world impact that fosters community and empowers individuals. Trace has a long history in the development of accessible technologies and in the support of various government policies related to disability and technology. It pioneered accessible ATMs, voting machines, and many accessibility features found in computer systems. The Trace Center Unified Web Accessibility Guidelines in 1997, was a precursor to the Web Content Accessibility Guidelines (WCAG 1.0) that was released in 1999. WCAG 2.0, published in 2008, was also led in-part by Trace. Congratulations to the Trace Center for 50 years of excellence and to Gregg Vanderheiden, its founder and director that entire time. As Trace celebrates a remarkable half century of impact, Jonathan Lazar, long-time AccessComputing Partner, has become the new director of Trace. Congratulations to Jonathan Lazar for his new role as director of the Trace Center.