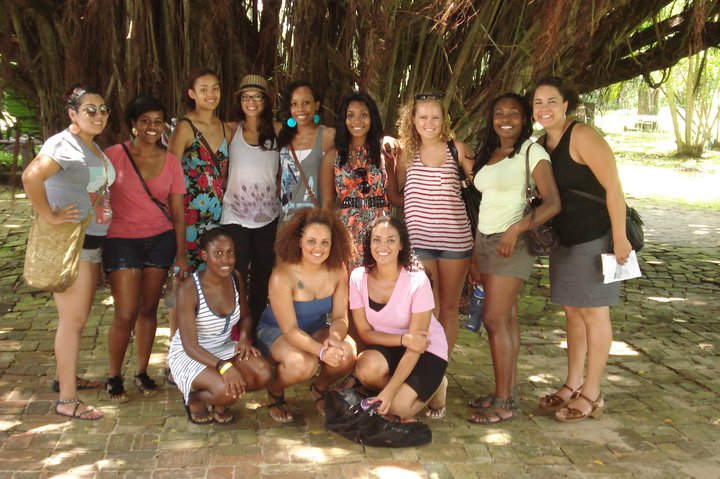 Today we woke up bright and early to go to the Sunbury Plantation House where we received a tour. It was really amazing to see all of the artifacts that had been saved since the 1800s. The guide showed us the bedrooms, a room full of old fashioned cameras, old shotguns, a Bible from the 1800s, and other random things.

The plantation had a bar and we stayed for lunch and dessert which was delicious! It was cool because the place was being rented out for a wedding that day, apparently there are events there all the time. It’s funny that they can turn something that originated so negatively (being a plantation) and make it a modern day business.

After that we went back to the dorms and four of us went to the beach, everyone else wanted to go take a nap. We swam and chatted for most of the time then a couple of guys running an inner tubing business came by so we decided to go for a ride! The price was $15 each for a 10-15 minute ride. When we got back to UWI the others were regretful that they didn’t come to the beach.

We left in the evening to go to a show called “Roots & Rhythm.” We were served dinner and dessert, and watched a combination of video and dance that paid homage to entertainment styles in different regions of the world. The performers did things like fire swallowing and stilt walking, and of course wore bright extravagant costumes. There was a limbo competition in which some of our group members participated in and a few of them even won and were awarded prizes. Afterwards, the host of the show led everyone in a Congo line through the building. Overall it was a very fun and memorable night!