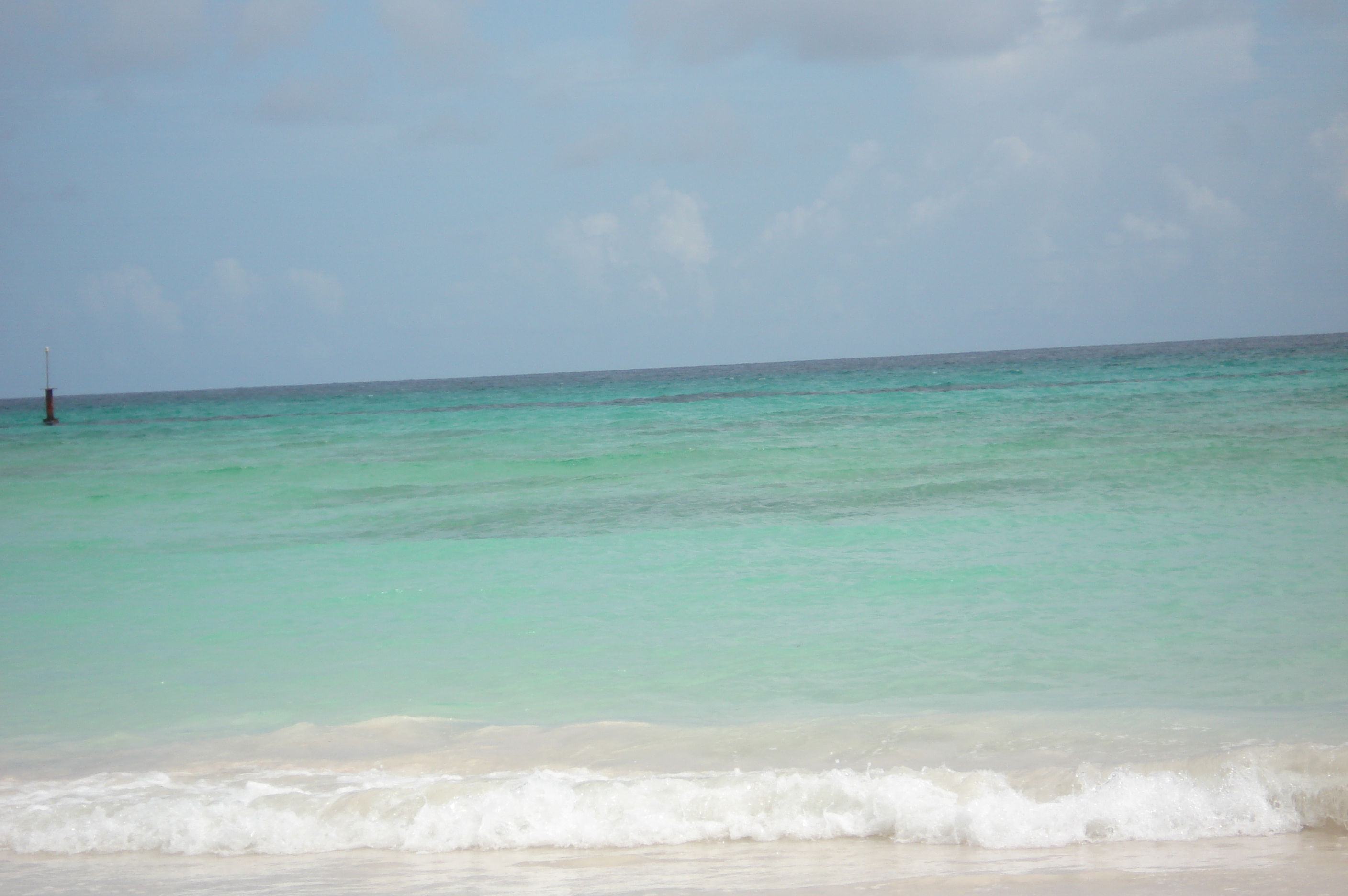 Bridgetown is the capital of Barbados and also shopping central. It’s tons of fun, especially going to the local shops where everything is a bit cheaper and also more authentic. It’s easy to see the American influence on a lot of things, especially more of the high-end clothing. For example, the stuff you would find at PacSun in the U.S. would probably cost around $40 for a pair of jeans, but in a few of the shops in Barbados, it costs around $100! You’ll see a lot of people shopping in high-end stores, but mainly they are made for tourists. The people in town are nice; the men like to whistle a lot and are more vocal with their thoughts about a woman’s appearance than what you would be used to going downtown in Seattle.

Other than Bridgetown, there are a lot of street vendors you can shop from at some of the fancier beaches. Every single beach here is beautiful, the water is so blue, and the pictures on Google images can’t even show how gorgeous the beaches are. Accra and Sandy Lane are definitely more “touristy” than Paradise, which is down the hill from the University we are staying at. The hotels surrounding the beaches are extraordinary! Around Accra there are locals who cut coconuts, and you stick a straw in them and can drink the sweet water from inside the coconut. It tastes good, but it is different. You can get the image of what I’m talking about from watching Rihanna’s “Man Down” video where the guy cuts the coconuts and she drinks out of it. Haha.

Anyway, for food, Just Grillin’ is probably my favorite place to eat here in Barbados. The food is super filling! The barbeque chicken sandwiches are the best, and the fruit punch is delicious! It is not fruit punch that you can just buy from a local grocery store, it is something you can pretty much only get from Just Grillin’! They mix juice with fresh bananas and tons of ice, and the drink itself is very filling and the taste is incredible. Besides the food, the other great thing about going out to town in Barbados is getting to town. Taxis are a little expensive but still cheaper than Seattle. They cost around $5 USD but the private vans are only one US dollar and they are packed with people to the point where everyone is tightly standing and sitting next to each other. Friends and family members even sit on each other’s laps! Plus they go way faster and play their music really loud, and usually people are dancing in the van to the loud and fun reggae music!

There is a little taste of Barbados for you…and studying is not so bad when you have the view of the turquoise Caribbean Sea from your bedroom.