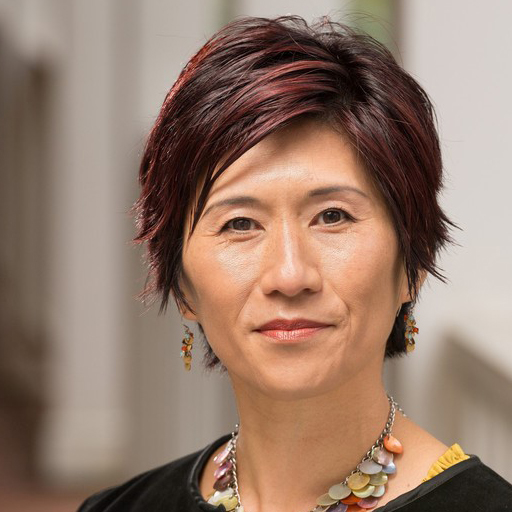 As the 2015 fall quarter commences, OMA&D is pleased to recognize the latest group of faculty engaged in diversity-related research, teaching or service who are new to the UW. 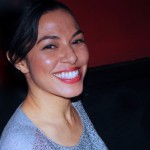 Naomi Bragin joins the UW Bothell School of Interdisciplinary Arts and Sciences as an assistant professor. Prior to coming to the UW, Bragin was a graduate student instructor in the Department of Performance Studies at UC Berkeley, and has given guest lectures at UC Riverside (Department of Dance) and UCLA (World Arts and Cultures). She taught dance for 10 years in San Francisco Bay Area public schools and served as artistic director of Oakland-based DREAM Dance Company. Bragin’s research and teaching interests include dance, performance theory, critical black studies, gender and sexuality studies, popular culture, performance ethnography and new media. She received a Ph.D. in performance studies and a master’s degree in folklore from UC Berkeley, and a bachelor’s degree in dance from Wesleyan University. 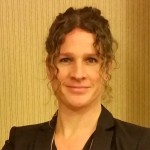 micha cárdenas joins the UW Bothell School of Interdisciplinary Arts and Sciences as an assistant professor of interactive media design. She is an artist and theorist who creates and studies trans of color movement in digital media, where movement includes migration, performance and mobility. Prior to coming to the UW, cárdenas was a visiting scholar in the Faculty of Information at the University of Toronto and a MacArthur Foundation HASTAC Scholar. A member of the artist collective Electronic Disturbance Theater 2.0, she received a Ph.D. in media arts and practice from the School of Cinematic Arts at the University of Southern California where she was also a provost fellow. cárdenas received a master’s of fine arts from UC San Diego, a master’s in communication from European Graduate School, Saas-Fee in Switzerland, and a bachelor’s degree in computer science from Florida International University. 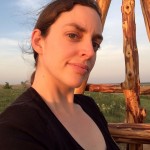 Jean Dennison, a citizen of the Osage Nation, joins the Department of Anthropology as an assistant professor. Dennison came to the UW from the University of North Carolina, Chapel Hill where she was an assistant professor of anthropology. She also served as visiting faculty for the MPA Tribal Governance program at The Evergreen State College. Dennison’s areas of interest focus on sociocultural anthropology, settler colonialism, American Indian Nation sovereignty and governance, visual anthropology, decolonizing methodologies and Osage Nation. She is the author of the book Colonial Entanglement: Constituting a 21st-Century Osage Nation and five peer reviewed articles in major anthropology and American Indian studies journals. Dennison received a Ph.D. and a master’s degree in anthropology from the University of Florida, as well as a bachelor’s degree in visual communications from Ohio University. 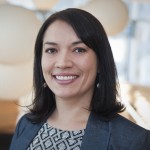 Nanibaa’ Garrison (Navajo) will join the Treuman Katz Center of Pediatric Bioethics at Seattle Children’s Research Institute and the UW as an assistant professor in the Department of Pediatrics later this fall. Garrison comes to Seattle from Vanderbilt University where she was an assistant professor of pediatrics in the Center for Biomedical Ethics and Society and an assistant professor of anthropology. Her research interests include genetic research on Native American communities, informed consent, and issues with privacy and confidentiality. Garrison earned her Ph.D. in the Department of Genetics at Stanford University. She received her bachelor’s degree in molecular and cellular biology from the University of Arizona. 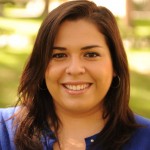 Carmen Gonzalez is an assistant professor in UW’s Department of Communication. She has conducted community-based and participatory research over the last 10 years, investigating the communication practices of immigrant and minority populations in the contexts of health promotion and civic engagement. In recent work, Gonzalez examined how communication ecologies—networks of communication resources—impact health care among Latinas and how community assets can be leveraged to combat health disparities. As a postdoc at Rutgers University, she also worked on a digital equity study that investigates how Latino families make decisions about adopting digital technologies and how these tools facilitate learning in home and school settings. Through engaged teaching and research at the UW, she hopes to help bridge university and community efforts that address various forms of inequality. Gonzalez received her Ph.D. and M.A. in Communication, and B.A. in Print Journalism and Chicano Studies from the University of Southern California.

Radhika Govindrajan joins the Department of Anthropology as an assistant professor. Govindrajan is a sociocultural anthropologist who conducts ethnographic research in India’s Central Himalayas, exploring the everyday relations and intimacies between the humans and animals who inhabit this region. Prior to coming to the UW, she was a visiting assistant professor in the Department of Anthropology at the University of Illinois, Urbana-Champaign. Her research interests also include the anthropology of religion, environmental anthropology, agrarian studies and new materialisms. Govindrajan received her Ph.D. in anthropology from Yale. Her work has been published in American Ethnologist and Comparative Study of South Asia, Africa and the Middle East.

Thelma Madzima joins the UW Bothell faculty as an assistant professor of cell and molecular biology. Prior to coming to the UW, Madzima was a postdoctoral research associate in the Department of Biological Science at Florida State University. She was also a graduate research fellow in the plant and molecular and cellular biology program in the Department of Horticultural Sciences at the University of Florida where she received her Ph.D. Madzima received her bachelor’s degree in plant biotechnology from Fort Valley State University. Her research focuses on understanding how epigenetic mechanisms facilitate responses to abiotic stress in plants, using maize as her model organism.

Jade Power-Sotomayor joins the faculty at UW Bothell as assistant professor in the School of Interdisciplinary Arts and Sciences. Most recently she was a lecturer at UC San Diego where she taught classes in the departments of Theatre & Dance and Ethnic Studies, as well as in the Dimensions of Culture program. Power-Sotomayor was the recipient of a UC Chancellor’s Postdoctoral Fellowship in the Department of Dance Studies at UC Riverside. Her research focuses on epistemologies of the body, the intersections between race, gender and language, and intercultural performance in the Latin Caribbean diaspora. Power-Sotomayor received her Ph.D. in theatre and drama and a master’s in Latin American studies from UC San Diego. She earned bachelor’s degrees in theatre arts and molecular and cellular developmental biology from UC Santa Cruz. 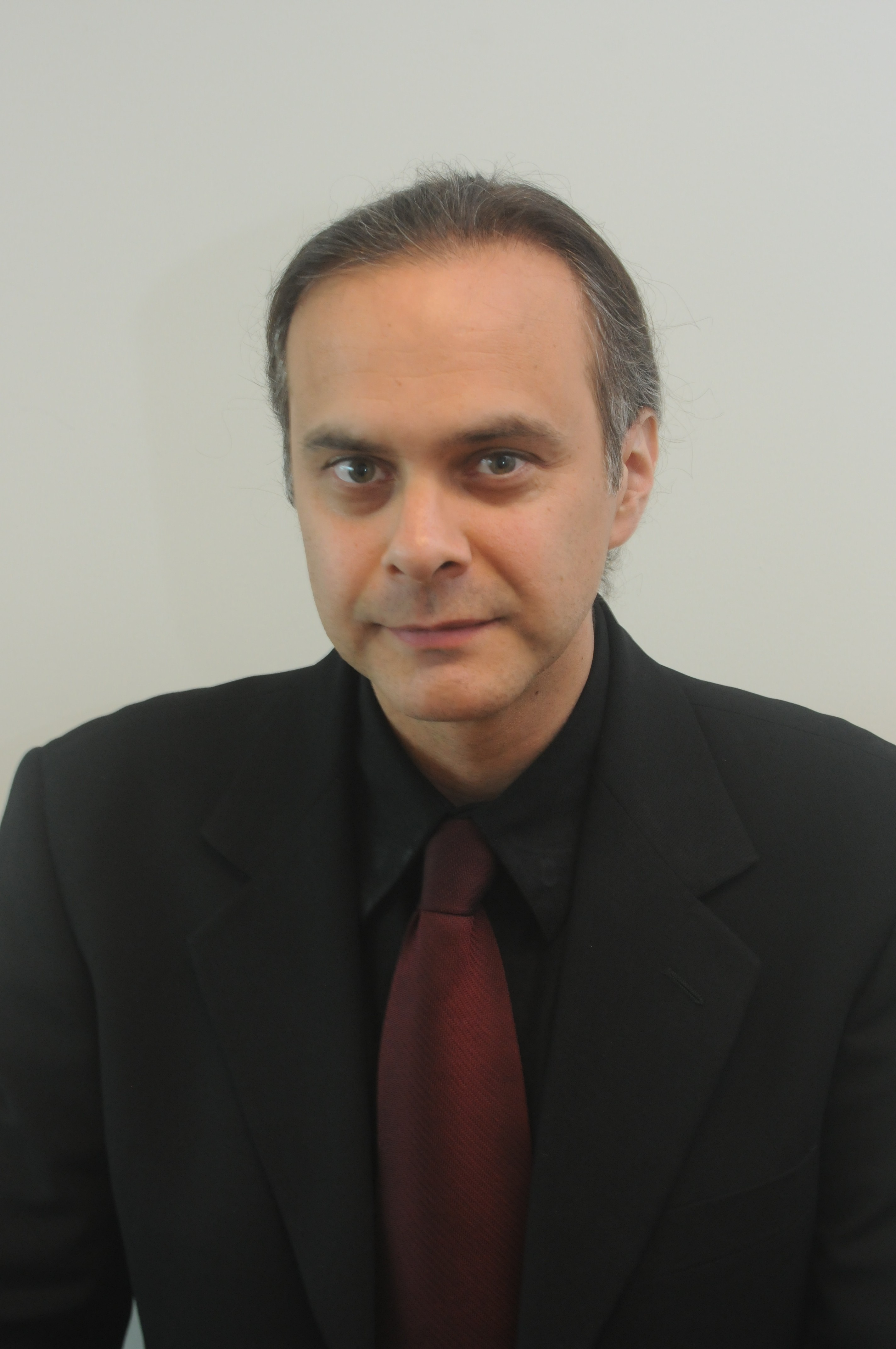 Joshua Reid (Snohomish) joins the Departments of History and American Indian Studies as an associate professor specializing in American Indian history of the Pacific Northwest. Prior to coming to the UW, Reid was an assistant professor of history at the University of Massachusetts, Boston, where he also directed the university’s program in Native American and Indigenous studies. Yale University Press recently published his first book, The Sea is My Country: The Maritime World of the Makahs, which examines the Makah’s historical relationship with the ocean. Reid’s research interests include American Indians, identity formation, cultural meanings of space and place, the American and Canadian Wests, the environment, and the Indigenous Pacific. He received his Ph.D. and master’s degree in history from UC Davis, after earning a bachelor’s degree in political science/studies in the environment from Yale. Prior to graduate school, Reid taught middle school for nine years in Seattle. He currently serves on the American Historical Association’s executive council (teaching division) and actively collaborates on projects supporting history education in K-12 classrooms.

Onnie Rogers, research assistant professor with the College of Education, joined the UW in winter quarter, 2015. She is also an affiliate faculty of the College of Ed’s Education, Equity and Society and the Institute for Learning & Brain Sciences. Rogers’ research focuses on identity development among urban youth and examines how cultural norms, expectations and stereotypes influence how youth see themselves, particularly in the context of schooling and education. Rogers received her Ph.D. in developmental psychology from New York University and a bachelor’s degree in psychology, educational studies, from UCLA. 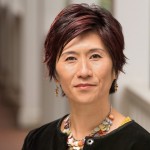 Mia Tuan joined the UW as a professor and dean of the College Education on July 1, 2015. Tuan came to Seattle from the University of Oregon where she held a number of academic and leadership positions. She was a professor in the Departments of Sociology and Education Studies, and over her 18 year career served as interim dean of the Graduate School, director of the Center on Diversity & Community, and director for the Sociology Department’s Honors Program. Tuan’s research focuses on racial and ethnic identity, Asian transracial adoption, and majority/minority relations. She has won numerous academic awards including the 2012 Western Association of Graduate Schools and Education Testing Services Award for Excellence and Innovation. Tuan received her Ph.D. and master’s degree in sociology from UCLA and a bachelor’s degree in sociology from UC Berkeley.