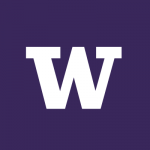 The University of Washington Office of Minority Affairs and Diversity (OMA&D) mourns the loss of long-time Educational Talent Search (ETS) Director, Julian Argel, who passed away on Sun., July 8.

A member of the Tsimshian/Haida tribes, Argel worked with OMA&D for 18 years and was a nominee for the 2012 UW Distinguished Staff Award. In his role with ETS, Argel helped provide services that resulted in over 600 low-income and first-generation students pursuing post-secondary education and training opportunities each year.

Argel fostered collaborative relationships with several communities served by ETS, most notably the Native American communities and tribal sovereign governments of the Pacific Northwest. Since 2002, he served as assistant to the OMA&D vice president on Native American affairs.

Argel received his bachelor’s and master’s degrees from the University of Washington.

A funeral mass will be held Sat., July 21, at 10 a.m., at St. Leo Catholic Church in Tacoma, Wash., with a Rosary recited prior to mass. Internment will follow at Calvary Cemetery.

A full obituary is available on the Seattle Times web site.