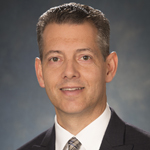 Chadwick Allen, a specialist in Native American and global Indigenous studies, joined the University of Washington as associate vice provost for faculty advancement on Aug. 17.

In this role, Allen will work with the Office of Provost and the Office of Minority Affairs & Diversity to develop strategies and resources that facilitate the recruitment and retention of an inclusive faculty. Most recently, he was a professor of English and associate dean for faculty and research in the Division of Arts and Humanities at The Ohio State University’s College of Arts & Sciences.

“We are delighted that Dr. Chadwick Allen will be joining us at the UW,” said Interim Provost Jerry Baldasty. “He’s one of the leading scholars in Indigenous studies, and is highly recognized for the quality and intellectual rigor of his work. He brings a rich academic and administrative background to the UW and to this position, as well as a great deal of energy. He will be a significant leader for UW in our efforts to recruit, promote and retain an excellent and diverse faculty.”

Allen’s work at OSU also included stints as coordinator for the interdisciplinary program in American Indian Studies and director of the Diversity and Identity Studies Collective (DISCO). He is the recipient of two Fulbright fellowships to Aotearoa New Zealand, where he studied Maori literature and culture at Auckland University.

Allen has authored two books, Blood Narrative: Indigenous Identity in American Indian and Maori Literary and Activist Texts (2002) and Trans-Indigenous: Methodologies for Global Native Literary Studies (2012). He is co-editor of The Society of American Indians and Its Legacies, and editor of the journal SAIL: Studies in American Indian Literatures. From 2013-14, he served as president of the Native American and Indigenous Studies Association (NAISA).

“I’m very excited to be joining the University of Washington, especially during a period of remarkable growth and change,” Allen said. “I’m looking forward to exploring campus and meeting faculty, staff and students over the next months as I work to gain insight into UW’s specific needs and goals for faculty advancement.”

In addition to his primary work in Indigenous studies, Allen has a strong interest in frontier studies and the popular western. He has written extensively on the Lone Ranger and Tonto.