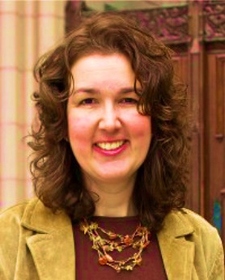 Name: Kristi Morgansen
Majors: Bachelor’s and Master’s in Mechanical Engineering (Boston University), Master’s in Applied Mathematics (Harvard), Ph.D. in Engineering Sciences (Harvard)
Kristi is the Australia 2012 Program Director and an Associate Professor in the Department of Aeronautics and Astronautics at the University of Washington. Kristi received her degrees from Boston University and Harvard and has been avidly involved in research for the majority of her career.  Kristi opted to help direct the program and design the academic curriculum that the study abroad students would undertake. Well-traveled and experienced Kristi has been all over the United States, in Canada, Mexico, France, Belgium, Greece, Morocco, Tanzania, South Korea, Japan, even Ireland. Married and mother of one, Kristi has a lot on her plate at any moment but enjoys every moment of it. Kristi is hoping that her students come out of this program with a more worldly view and valuable experience in research and engineering. 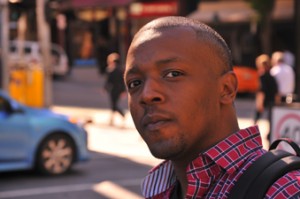 Name: Kendall Morgan
Age: 23
Major: Informatics & Computer Science Engineering
Kendall hails all the way from New Orleans, Louisiana and is pursuing a dual-degree in Informatics & CSE. Kendall is excited to be having his first out of country experience in Australia. Kendall is eager to learn what real-world research is like and hopes to try some Kangaroo before the end of the trip. 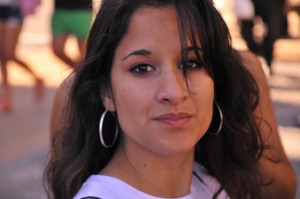 Name: Viviana Barona
Age: 20
Major: Industrial Engineering & Business
Viviana was born in Colombia before she moved up to the United States for grade school. Viviana is seeking a degree in Industrial Engineering before getting her MBA. Viviana wanted real world experience as a research engineer and to see a new part of the world. Immediately after the Australia abroad trip Viviana will be taking a tour home in Colombia before returning to the United States to continue her college education. 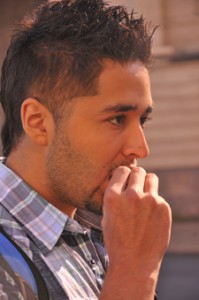 Name: Jeovany Huerta
Age: 21
Major: Material Science & Engineering
Jeovany is an outgoing guy from Mill Creek who loves to meet new people and have a good experience wherever he goes. Jeo has had a lot of great experiences in his life but had never gone on a study abroad trip before. Jeo is fun loving and always seems to have a smile on his face. When asked what his reason for going was, he cooly stated “I had never been on a study abroad trip and I wanted to do it before I missed the opportunity…” He encourages anyone curious about studying abroad to seize the opportunity and gain valuable experiences.

Name: Rogelio Rangel
Age: 23
Major: Material Science & Engineering
Roger graduated with a major in Material Science & Engineering and decided to end his undergraduate experience studying abroad. Eager to see another part of the world and gain hands-on experience in engineering and research, Roger is never far from enjoying what he does. Born and raised in Toppenish, Washington Roger is happy to be seeing other parts of the world and is eager for the next chapter in his life. 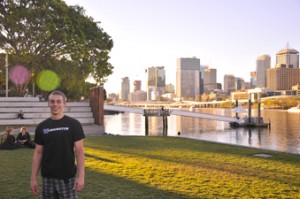 Name: Jonathan Ellington
Age: 22
Major: Computer Science & Engineering
Jon is one the funniest guys in the group – always ready to crack a smart joke. Majoring in computer science, Jon is a smart guy who wakes up early every morning to run. Whether he’s out enjoying Brisbane’s nightlife or performing linear algebra calculations Jon is bound to be having a good time. He opted to come on this trip for the ‘experience of a lifetime’ and to see what kind of friends he would make on the trip.

Name: Natalie Rodriquez
Age: 22
Major: Aerospace Engineering
Natalie is the oldest girl in the group and openly loves what she does. A pretty, well rounded young lady Natalie is a self-professed ‘Space Nerd’ and has worked at JPL the past three summers and even got her hands on the Mars Science Lab (en route to Mars at this moment). Well seasoned in engineering studies, Natalie wanted to experience another country and get some more research under her belt before getting back into school for her Master’s degree. 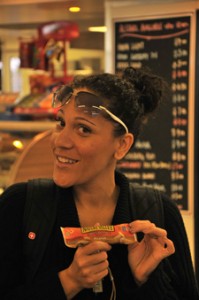 Name: Stephanie Gardner
Major: Bachelor’s in Communications (UW), Master’s (PhD in Progress) in Educational Leadership & Policy Studies (UW)
Stephanie is an Associate Director for LSAMP at the University of Washington.  Always smiling and up for an adventure, Stephanie is no stranger to foreign travel and helping undergraduates achieve their goals.  Stephanie runs much of the cultural aspect for this particular foreign abroad study and works closely with Cathryne for budgeting and excursion planning. Stephanie firmly believes that all students can succeed and has a deep desire to help any along that path. She encourages anyone interested (or not) to find out more about studying abroad and all of the experiences that can come from it. 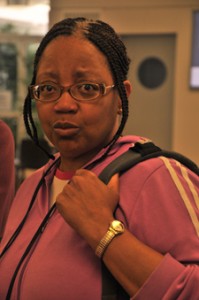 Name: Cathryne Jordan
Major: Educational Leadership
Cathryne is the director of WiSe (Women in Sciences & Engineering) and one of the assistant directors for the Australia 2012 abroad program. Cathryne is always ready to help dispense wisdom and advice to aspiring students and works with Stephanie on the Australia budget and in planning group excursions. Cathryne has traveled many times before and encourages students to pursue what they love and overcome any adversity along the way.