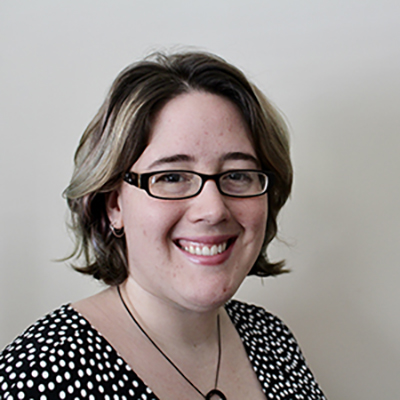 Elaine Schaertl Short is the Clare Boothe Luce Assistant Professor of Computer Science at Tufts University. She completed her PhD under the supervision of Prof. Maja Matarić in the Department of Computer Science at the University of Southern California (USC). She received her master of science in computer science (CS) from USC in 2012 and her bachelor of science in computer science from Yale University in 2010. From 2017-2019 she worked as a postdoctoral researcher in the Socially Intelligent Machines Lab at the University of Texas at Austin. At USC, she received numerous awards for her contributions to research, teaching, and service, including being one of very few PhD students to have received all three of the CS department Best Teaching Assistant, Best Research Assistant, and Service awards.

Elaine’s research seeks to improve the computational foundations of human-robot interaction by designing new algorithms that succeed in contexts where other algorithms’ assumptions frequently fail, such as in child-robot interaction, in minimally-supervised public space deployments, and in assistive interactions. She is equally committed to human-centered research practices as she is to algorithm and robot design: she has co-authored more than 50 works on human-robot interaction spanning from designing a low-cost open-source open-hardware robot platform, to understanding family group interactions with socially assistive robots, to designing new neural network architectures for sim-to-real model transfer in robot learning. Recently, Elaine led a team of researchers at Tufts who received a grant from the National Science Foundation (NSF) National Robotics Initiative 3.0 with the goal of transforming our understanding of assistive robotics as a largely one-directional process in which the robot provides assistance to the user to a bi-directional process of mutually assistive robotics, in which assistance flows equally from user to robot and from robot to user. Since establishing the Assistive Agent Behavior and Learning (AABL) Lab at Tufts in 2019, the group has grown to include four PhD students and numerous undergraduate and master's students. Elaine is building a track record of encouraging and supporting her advisees in connecting with careers in research: all three of her research mentees who have graduated since 2019 have gone on to PhD programs.

As a disabled faculty member, Elaine is particularly passionate about disability rights in her service work. In addition to having recently joined the new AccessComputing Leadership Corps, she is the communications chair and community liaison of AccessSIGCHI, an advocacy group that works to increase the accessibility of the 24 SIGCHI conferences. Elaine is also the vice Chair of the Tufts CS Department committee on justice, equity, diversity, and inclusion, and has served as the 2021 and 2022 accessibility chair for the ACM/IEEE Conference on Human-Robot Interaction.