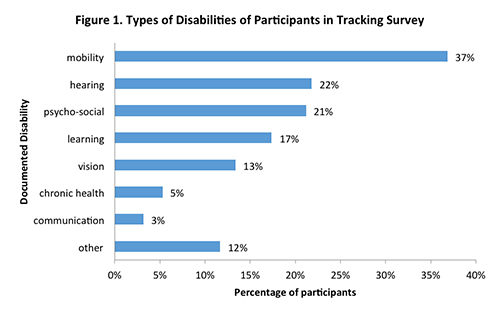 Figure 2 shows the percentage of participating students reporting one (63%), two (30%) or three or more (7%) disabling conditions. 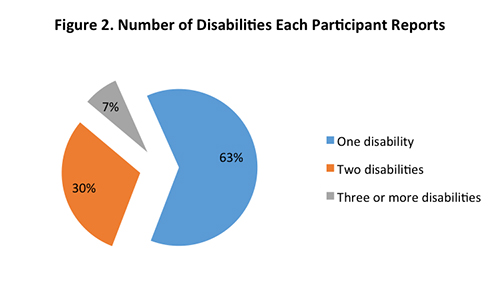 Figure 3 shows the participants’ educational status when they entered DO-IT. Six (1%) began participation in DO-IT activities in middle school, 306 (65%) in high school, 134 (29%) as college undergraduates or in their transition summer between high school and college, 21 (4%) as graduate or law students, and 3 (1%) as post graduates or job seekers. 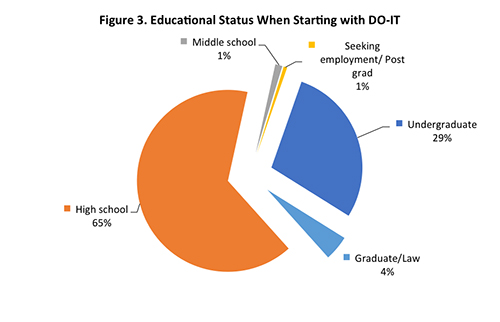 Program Participation and Value of Interventions Respondents participated in the following evidence-based practices. Figure 4a summarizes respondent perceptions regarding the value of program activities as they prepared for college and careers, in order from most to least valued as indicated by the percentage of valuable and very valuable ratings. Access to technology was reported to be the most valuable intervention, with 74% of the respondents noting that that intervention was very valuable, followed by internship or other work-based learning, rated as very valuable by 61% of those who participated, and as valuable by another 29%. Next, 43% of participants rated college transition workshops or camps as very valuable and another 41% rated them as valuable. Mentoring was also seen positively, with 47% indicating that it was very valuable and another 33% saying it was valuable. However almost one-fifth (18%) found it somewhat valuable, a diversity of responses that may lead to some insight into the qualities of a valuable mentorship experience in future interviews. Similarly, additional feedback about career transition workshops and camps may yield ideas for improvements that will increase the value of those activities to more participants. 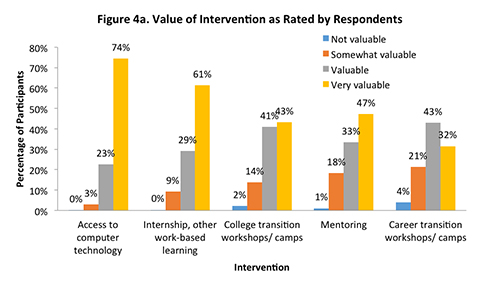 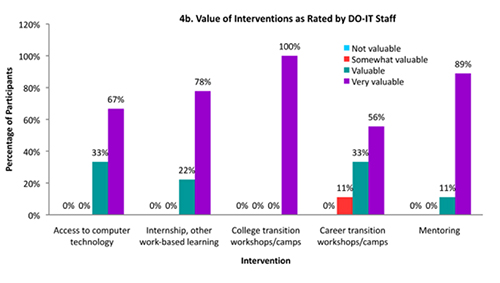 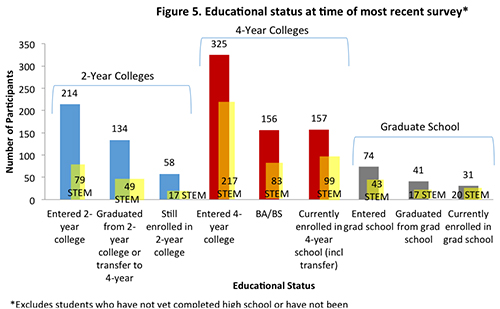 Comparisons between ALTS respondents and other datasets (NSF and the National Longitudinal Transition Study) (SRI International, 1987-1993) show: Post-School Employment One hundred forty-nine ALTS respondents reported employment in 213 post-high school positions. This category was defined using stringent criteria (e.g., current jobs that were permanent or part of the college curriculum, and not temporary to get through school). Sixty-four percent of these positions were career-related and 45% percent were STEM-related. Thirty-seven percent were tech jobs. Below are findings about employed participants in the ALTS study. Additional analyses revealed some differences between ALTS participants who were employed during at least one of their interviews, and those who were not. Figure 6 shows that compared with ALTS respondents who are not currently employed, those who are employed entered DO-IT with less access to the Internet (80% vs. 89%), less use of an interpreter (7% vs. 17%), and less access to a mentor (32% vs. 42%). 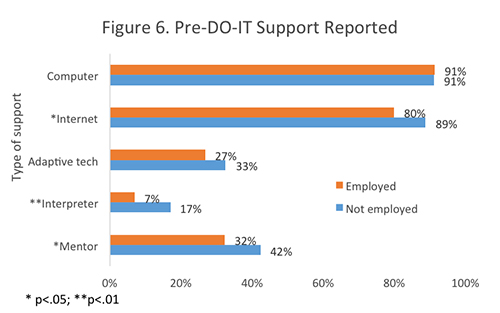 In contrast, Figures 7 and 8 show that employed ALTS respondents were more likely to participate in DO-IT activities and they participated more often than those who were not yet employed. It should be noted that some of this participation may relate to other differences between the groups such as age or years in college. However, even controlling for those factors, the overall picture remains that employed respondents seemed to experience less support prior to DO-IT involvement, and once support is made available, they seem to engage more. Specifically, Figure 7 shows that employed respondents were more likely to be DO IT Scholars; they received more training in hardware or software and more tech support; and they were more likely to participate in conferences, workshops, panels, and in pre-employment activities such as job preparation, informational interviews, and job shadows. Further, they were somewhat more likely to participate in all other activities, though the other differences did not reach statistical significance. 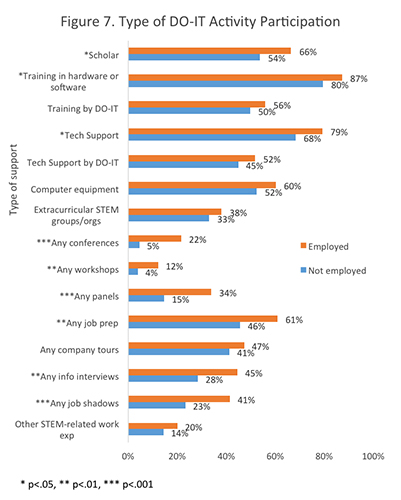 Figure 8 shows differences in level of participation in DO-IT activities. Though ALTS respondents who are not employed indicated more participation with DO-IT peers, employed respondents reported that they participated in more conferences, workshops, panels, informational interviews and job shadows. Finally, employed respondents rated college transition workshops and/or camps (53% vs. 39% “Very valuable”) and mentoring (53% vs. 45% “Very valuable”) as significantly more valuable than did those who were not yet employed. 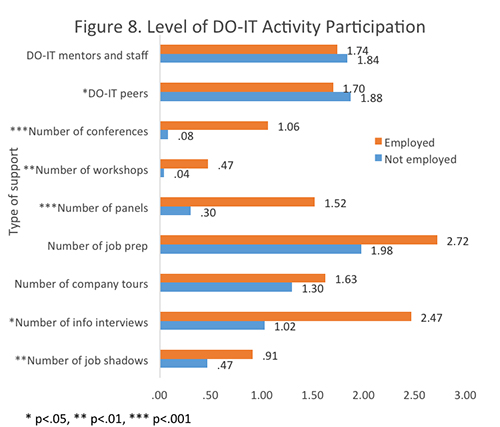 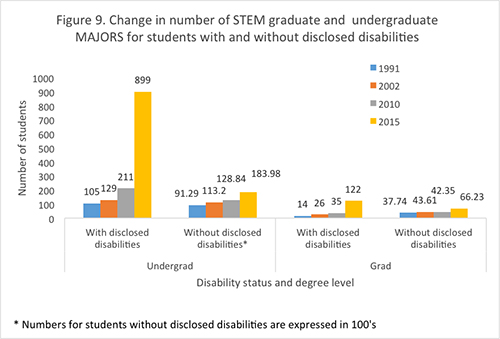 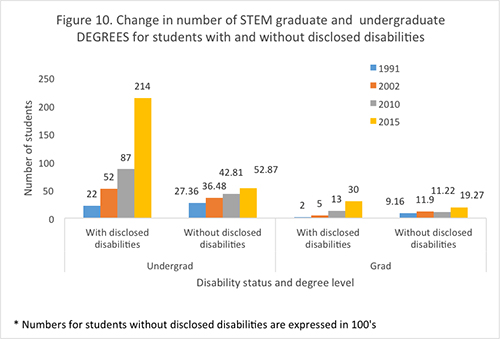