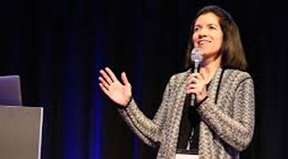 We are pleased to announce that the DO-IT Center at the University of Washington is funded to establish and lead AccessADVANCE, a project aimed at increasing the participation and advancement of women with disabilities in academic science, technology, engineering, and math (STEM) careers. This project, a collaboration between the North Dakota State University and the University of Washington funded by the National Science Foundation, will begin January 2, 2021.

Female faculty with disabilities in STEM fields is an understudied, underserved, and often invisible population. This population will engage with women who have many types of disabilities as they progress through academic and career milestones as well as those who at some point in their careers become disabled, permanently or temporarily. “To effectively support female STEM faculty, attention to disability issues must be woven into the entire sociotechnical ecosystem of STEM departments,” states Cecelia Aragon, AccessADVANCE Co-PI and University of Washington professor and director of the Human-Centered Data Science Lab. She reports that “Many diversity efforts, even those that aim to take an intersectional approach with regard to race and gender, do not address disability.”

AccessADVANCE will aim to create systemic change to promote women in STEM so that those with disabilities who enter academic positions feel welcome, are fully included, and can achieve success. It will focus on working with postsecondary STEM departments and other organizations, as well as create resources and a searchable knowledge base regarding the inclusion and accessible participation of women of women with disabilities in academic STEM careers. “We are excited about expanding and building partnerships across the country as we work to make sure that women with disabilities can be successful as faculty members in STEM fields.” said project PI and director of UW-IT’s Access Technology Services and DO-IT Center Sheryl Burgstahler.

To create truly inclusive and equitable academic workplaces, it is imperative to systematically address issues impacting the career advancement and success of female STEM faculty with disabilities. “Ultimately, AccessADVANCE will broaden participation in STEM academic careers and improve those fields with the talents and perspectives of female faculty with disabilities, and thus enable a richer and more effective STEM community for all,” Aragon said.

“In higher education, it is often assumed that a person with a disability is a student. We look forward to advancing conversations that remind people that people with disabilities are present throughout academia,” Burgstahler said.