The House of Representatives is still making history today, failing to elect a Speaker after a fifth round of voting, which concluded just a few minutes ago.  The last time the voting for Speaker among the House Members went beyond the first ballot was a hundred years ago.  The level of opposition to Kevin McCarthy of California among the House Republicans actually grew between the first and the fifth votes.

Read more about the developments here, here, and here.

President Biden signed the FY23 appropriations bill right before the end of the year to fund the government and its agencies through the 2023 fiscal year.

The final FY23 numbers can be found on our appropriations tracker linked here. We will continue to update these numbers as final calculations come in.

As expected, the new 118th House of Representatives gathered earlier today to elect the new Speaker.  Before the new Members gathered to vote, all of Washington knew that Rep. Kevin McCarthy (R-CA), who was the Minority Leader in the 117th Congress, was going to have a difficult time garnering enough support from the most hard-core rightwing of the House Republican caucus.  The first vote for Speaker demonstrated exactly how difficult a path McCarthy faces.

With 218 voted needed to become Speaker, McCarthy received even fewer votes that many of his supporters had predicted:  he received 203 votes, with 19 House Republicans opposing his Speakership.  In fact, the new Democratic leader, Hakeem Jeffries of New York received more votes for Speaker, with a total of 212.  For the first time in 100 years, the vote for Speaker is now headed to a second ballot.

Nearly three months into the new fiscal year and after months of seemingly little-to-no negotiations,

Congressional leaders released the much-awaited FY2023 omnibus appropriations package late yesterday.  Coming in at more than 4,100 pages, it contains all 12 spending bills for FY2023.  The current short-term government funding measure expires at midnight Saturday and Congressional leaders are working to get the new measure passed before then.

The Office of Federal Relations is in the process of digging through the package and details will emerge throughout the process.  We will share new information contained in the bill along the way.  In the meantime, we wanted to highlight a few of the initial highlights from the bill below:

With respect to a provision that applies to a host of programs across different departments and agencies, the bill would wave “PAYGO” rules, which would implement mandatory sequester cuts to various programs, for FY2023 and FY2024.

As we said above, we will continue to dig through the legislation and the accompanying reports.  Both are available on the Senate Appropriations Committee webpage here. 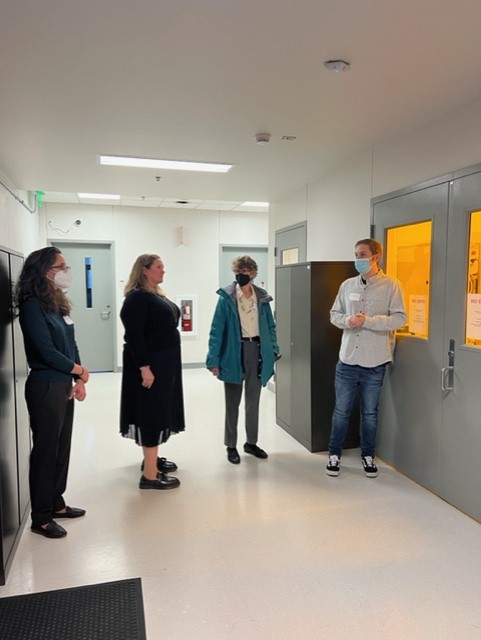 Earlier this month, the Office of Federal Relations & the Office of State Relations hosted an open house at the UW’s Washington Nanofabrication Facility (WNF). Congressional staffers and local industry partners joined UW faculty to tour the facility and learn more about its importance to researchers and engineers in the Pacific Northwest. The WNF is a shared user facility that provides open access to leading-edge and traditional micro and nanofabrication processing equipment. WNF is an integral part of the UW Institute for Nano-engineered Systems (NanoES) and NSF’s Northwest Nanotechnology Infrastructure. Located on UW’s Seattle campus, the facility has 15,000 square feet of cleanroom and laboratory space that is open to academic and industry researchers to use for a wide range of applications including Micro Electro-Mechanical Systems, quantum computing, biosensors and more. 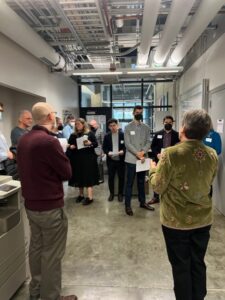 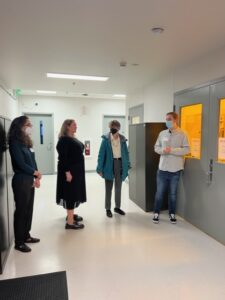 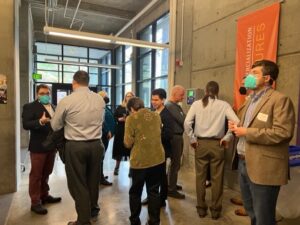 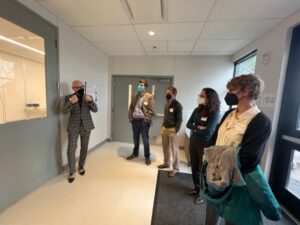