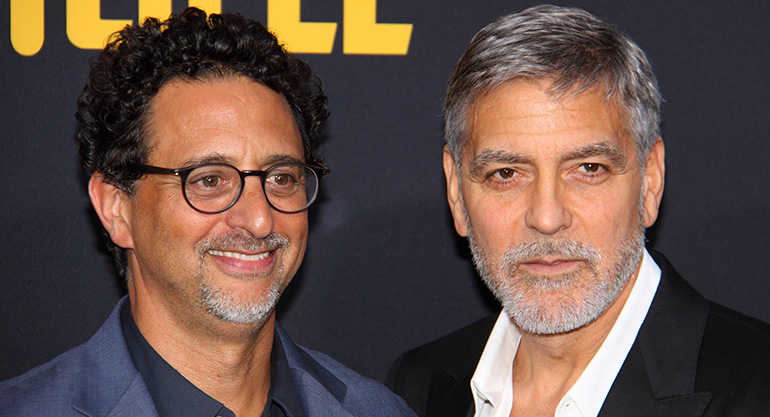 Daniel James Brown’s 2013 bestselling book “The Boys in the Boat” is being adapted for the screen by MGM and Smokehouse Pictures with George Clooney and Grant Heslov directing. The film will tell the story of the legendary 1936 University of Washington men’s rowing team: hardworking, blue-collar underdogs who stunned the world by winning gold at the Berlin Olympics.

The long road from page to screen reached a turning point this month when it was announced that Callum Turner has been cast to play famed UW rower Joe Rantz. Turner may be best known for his portrayal of Theseus Scamander in the “Fantastic Beasts” franchise, but he has a long resume of critically acclaimed roles in festival favorites such as “War & Peace,” “Green Room” and “Queen & Country.”

While another location will stand in for the 1930’s Pacific Northwest, we may see Suzzallo Library, our iconic waterways, and the historic ASUW Shell House on the big screen thanks to modern visual effects. The University’s official liaisons with the producers are Creative Director Murphy Gilson and Brand Management Director Alanya Cannon, who manages the UW’s film office. Gilson and Cannon are coordinating with the producers as well as members of the UW and rowing communities to make the film as authentic and purple as possible. Gilson has 25 years of experience in Hollywood as a creative and executive in film and television. Cannon most recently helped integrate the UW into the Lionsgate film “RUN,” now available on Hulu.

“The Boys in the Boat” film could have a lasting impact on campus. The University recently embarked on a $13 million fundraising campaign to restore and preserve the 103-year-old ASUW Shell House for our campus and region — an enduring metaphor for what it means to be from the Northwest, and a physical embodiment of UW values. The film is a chance to instill pride in our past and inspire donors to be part of both our history and our future.

Rowing is one of the oldest and winningest sports at the University of Washington and part of our unique history. It’s a point of pride that UW rowing is an inclusive and supportive program founded on Husky values of collaboration, respect and integrity.
The UW has a tradition of dominance in this sport, which is normally reserved for the wealthiest private institutions. Over the program’s history, Huskies have earned 19 national championships and produced countless Olympians, many of whom had never rowed before coming to the UW.

The rowing program and the student-athletes will also benefit from the increased recognition. While rowing is part of our legacy, it is not an income-generating sport. Since the early days, Washington Rowing has relied on the generous support of alumni, families, friends, fans and the local community. This new spotlight may encourage support for the program for years to come.