There is a Legend on the page that defines what the colors of the nodes mean: 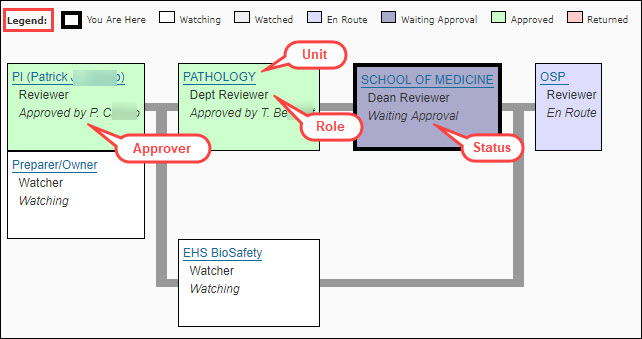