This chart describes when and to whom the SPAERC system sends email notifications. The content of the auto-generated emails varies depending on the choices the sender makes. Select a link in the Email Type column to display an example of the email contents.

NIH will require the use of FORMS-E application packages for due dates on or after January 25, 2018.  Grant Runner now includes the FORMS-E version for the following agency specific forms.

Federal-wide form updates that will also be incorporated into FORMS-E packages, and which are supported by Grant Runner, include:

High level FORMS-E summary of changes across all impacted forms

Grant Runner now includes the new PHS Human Subjects and Clinical Trials Information Form.  You will have the option of completing the form in its entirety directly in Grant Runner, or importing a completed PDF version of the form into Grant Runner.  Due to the length of this form, it is recommended that you preview the form in Grant Runner or in PDF format, early in the proposal development process to plan appropriately for the information collection involved.

When completing the subaward request in SAGE, a prompt will display below the subrecipient’s name if their certification status is in an expired state and needs re-certification. This prompt will have a link to the Subrecipient Certification PDF form that can be uploaded in the Attachments section of the Subaward Request once completed. Attachment of the Subrecipient Certification form is not required prior to submission of the subaward request. This status prompt and link will also display in the Subaward Overview Summary section.

Note that you should select “Non-Award Agreement (continuation)” to extend an existing agreement beyond the initial term.

We want your feedback on the new look and feel of the Activity Locations page. Click the “Give Feedback” link at the top of that page and let us know what you do/don’t like about the design as we evaluate updates to other parts of SAGE.

This final release for the SAGE Subawards Project includes priority items requested by preparers as well as some updates that will allow OSP to manage subrecipient profile data more effectively.

To make it easier for subaward preparers to cover absences and to allow for broader department review and access to subawards, you can now add additional users (beyond the three UW contacts) with either read/write or read-only access.

To improve OSP’s ability to report subaward information to sponsors and auditors, the following attributes have been added to the subrecipient profile in SAGE:

Subrecipient Types have also been revamped to better align with reporting requirements.

Using the Subawards section of SAGE and SPAERC will now be faster and more responsive, allowing you to accomplish what you need to get done with less waiting.

The Start and End Dates on subaward requests are now checked by the system to ensure they make sense within the context of the broader award and subaward. This will help alert you to any easy mistakes made when preparing a request. 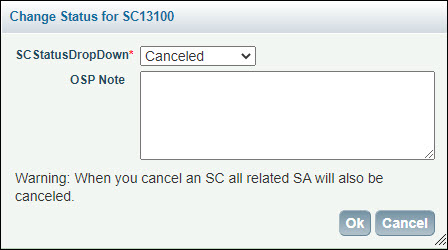