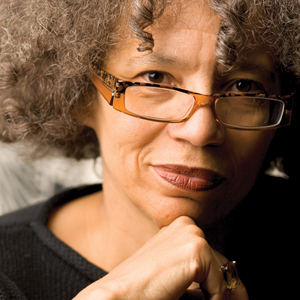 Black feminist discourse and activism have been significant interventions in a variety of social justice movements in the U.S. since the 19th century, though this has not always been acknowledged. In the aftermath of reforms catalyzed by the Black Lives Matter Movement, a queer black feminist project, Guy-Sheftall’s talk will reflect upon the transformations in civil society, academe, electoral politics, the criminal justice system, and other spaces that have occurred over the past year as a result of recent protests around systemic racism and other issues.

Beverly Guy-Sheftall is the founding director of the Women’s Research and Resource Center (1981) and Anna Julia Cooper Professor of Women’s Studies at Spelman College. For many years she was a visiting professor at Emory University’s Institute for Women’s Studies where she taught graduate courses in Women’s Studies. At the age of sixteen, she entered Spelman College where she majored in English and minored in secondary education.  After graduating with honors, she attended Wellesley College for a fifth year of study in English. In 1968, she entered Atlanta to pursue a master’s degree in English; her thesis was entitled, “Faulkner’s Treatment of Women in His Major Novels.” A year later she began her first teaching job in the Department of English at Alabama State University in Montgomery, Alabama.  In 1971 she returned to her alma mater Spelman College and joined the English Department.

Guy-Sheftall has published a number of texts within African American and Women’s Studies which have been noted as seminal works by other scholars, including the first anthology on Black women’s literature, Sturdy Black Bridges:  Visions of Black Women in Literature (Doubleday, 1980), which she coedited with Roseann P. Bell and Bettye Parker Smith; her dissertation, Daughters of Sorrow:  Attitudes Toward Black Women, 1880-1920 (Carlson, 1991); Words of Fire:  An Anthology of African American Feminist Thought (New Press, 1995); an anthology she co-edited with Rudolph Byrd entitled Traps:  African American Men on Gender and Sexuality (Indiana University Press, 2001); a book coauthored with Johnnetta Betsch Cole, Gender Talk:  The Struggle for Women’s Equality in African American Communities (Random House, 2003); an anthology, I Am Your Sister: Collected and Unpublished Writings of Audre Lorde, co-edited with Rudolph P. Bryd, Johnnetta B. Cole, and Guy-Sheftall (Oxford University Press, 2009); an anthology, Still Brave: The Evolution of Black Women’s Studies (Feminist Press, 2010), with Stanlie James and Frances Smith Foster. Her most recent publication (SUNY Press, 2010) is an anthology co-edited with Johnnetta B. Cole, Who Should Be First:  Feminists Speak Out on the 2008 Presidential Campaign. In 1983 she became founding co-editor of Sage:  A Scholarly Journal of Black Women which was devoted exclusively to the experiences of women of African descent. She is the past president of the National Women’s Studies Association (NWSA) and was recently  elected to the American Academy of Arts and Sciences (2017).