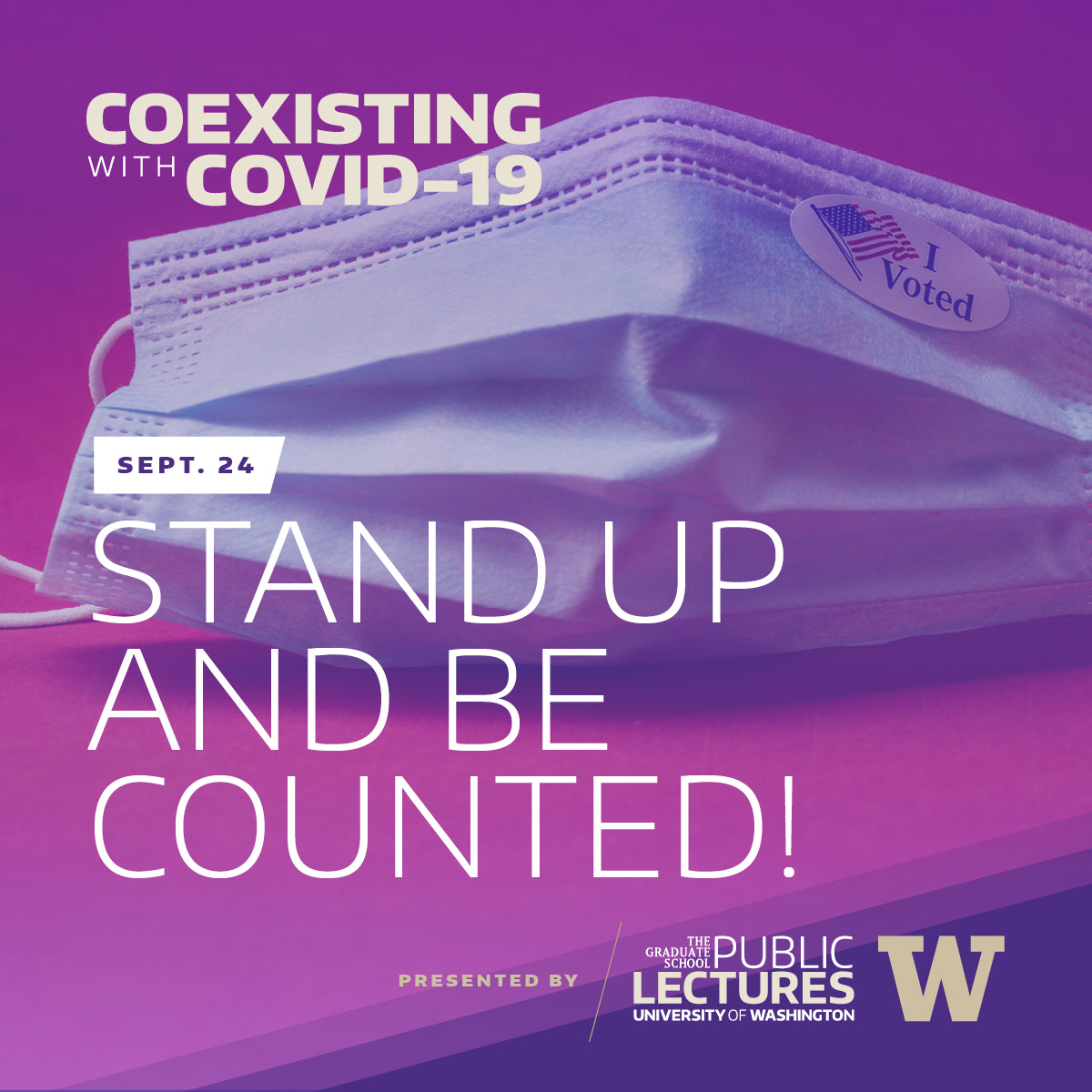 We have a great deal riding on both the election and the Census. Now, more than ever, it is imperative that we ensure every vote and every person is counted. In this episode, we’ll talk to some experts who can help us understand how COVID-19 plays a role in ensuring every voice and every person is heard and counted. Featuring moderator Hanson Hosein and guests Lisa Marshall Manheim, Sara Curran and Michele Storms.

About this week’s guests:

Lisa Marshall Manheim teaches and writes in the areas of constitutional law, election law, and presidential powers. Her scholarship has been published in the University of Chicago Law Review, the Supreme Court Review, and other leading academic journals. She is a three-time recipient of the Philip A. Trautman Professor of the Year Award given by the student body. Professor Manheim earned her B.A., summa cum laude, from Yale College and her J.D. from Yale Law School, where she served as Managing Editor of the Yale Law Journal. After graduating from law school, Manheim clerked for Judge Pierre N. Leval of the United States Court of Appeals for the Second Circuit and Justice Anthony M. Kennedy of the United States Supreme Court.

Sara Curran is a Professor of International Studies and Sociology with additional appointments in the Evans School of Public Policy and Governance and the Department of Global Health. She was trained as a sociologist and demographer at the University of North Carolina, receiving her PhD in 1994. Her research examines the relationship between demographic dynamics and economic development, gender and migration, immigrant incorporation, and climate change and population dynamics. Curran is the director of the UW’s Center for Studies in Demography & Ecology, an interdisciplinary university-wide research center advancing demographic research with funding from UW and the Eunice Kennedy Shriver National Institute for Child Health and Human Development (NICHD).

Michele E. Storms is the Executive Director of the American Civil Liberties Union of Washington (ACLU of Washington), former Deputy Director of the ACLU of Washington, and previous Assistant Dean for Public Service and executive director of the William H. Gates Public Service Law program at the University of Washington School of Law.  Preceding those roles she served as a statewide advocacy coordinator first at Columbia Legal Services and later at the Northwest Justice Project where over a combined five-year period she coordinated civil legal aid advocacy in the areas of family law, youth and education, housing, elder law, Native American and right to counsel issues. She was also previously on faculty at the University of Washington School of Law where she founded what is now the Child and Youth Advocacy Clinic and taught several other courses. In addition to her service on numerous boards and guilds both locally and nationally, Storms served on the Washington State Access to Justice Board for six years and the board of One America. Storms is concerned with equity and justice for all and has dedicated her professional and personal attention to access to justice, preservation of freedom and democracy for all and ensuring that all humxns safely reside in the “circle of human concern.”

The Graduate School’s Office of Public Lectures, in partnership with faculty from Population Health, the Communications Leadership program within the Department of Communication, and many others, will host a weekly panel titled “Coexisting with COVID-19.”

Want to catch up on an episode you missed? Visit http://bit.ly/coexistarchive to watch previous installments.