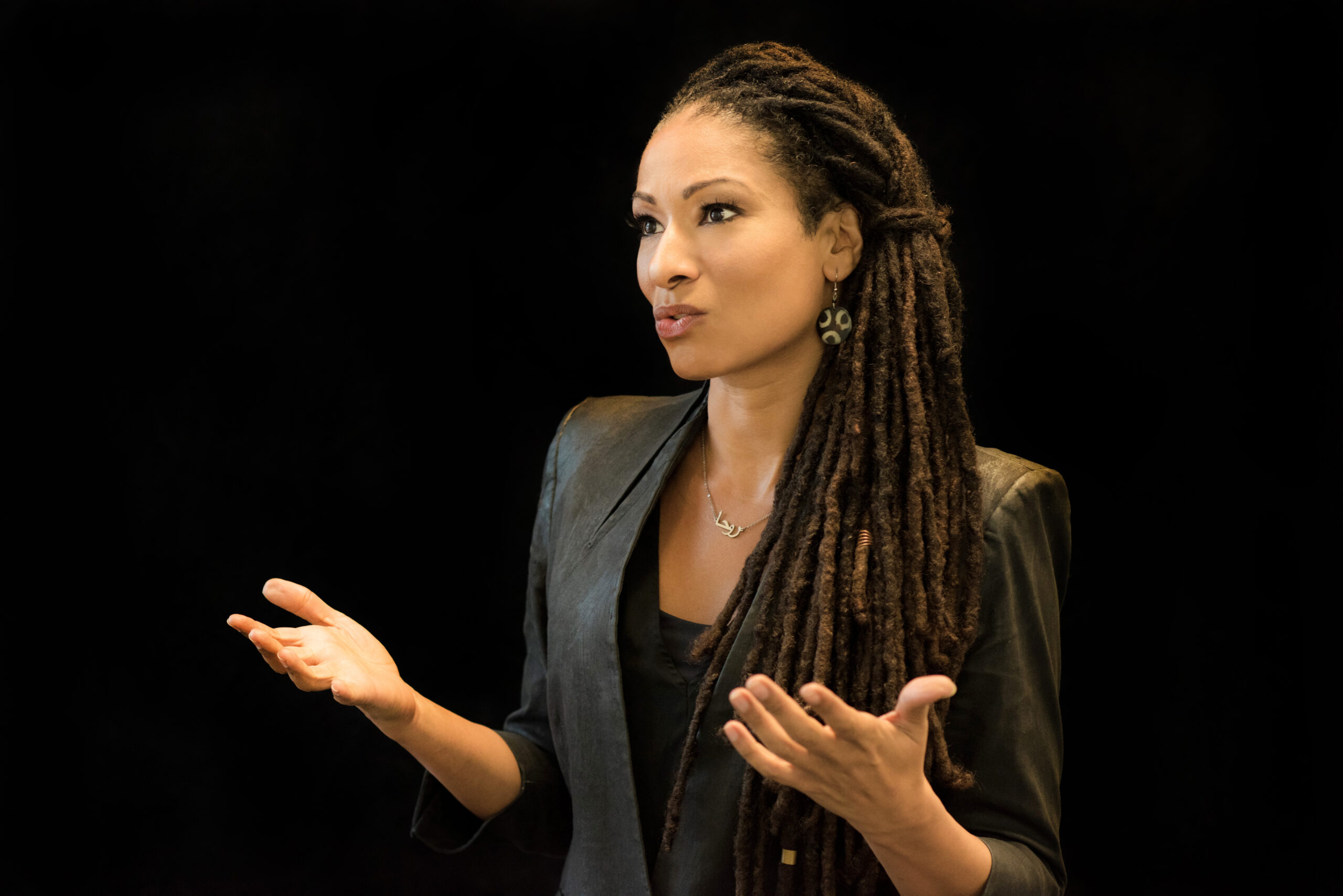 If the Covid-19 pandemic has taught us anything, it is that something almost undetectable can be deadly, and that we can transmit it without even knowing. Doesn’t this imply that small things, seemingly minor actions, decisions, and habits could have exponential effects in the other direction, tipping the scales toward justice: affirming life, fostering well-being, and invigorating society?

In this talk, Ruha Benjamin introduces a microvision of change — a way of looking at the everyday ways people are working to combat unjust systems and build alternatives to the oppressive status quo. Born of a stubborn hopefulness and grounded in social analysis, she offers a pragmatic and poetic approach to fostering a more just and joyful world.

Dr. Benjamin, professor of African American Studies at Princeton University, studies the social dimensions of science, technology, and medicine. She is also the founding director of the IDA B. WELLS Just Data Lab, and a faculty associate in the Center for Information Technology Policy, Program on History of Science, Center for Health and Wellbeing, and Program on Gender and Sexuality Studies. She also serves on the executive committees of the Program in Global Health and Health Policy and Center for Digital Humanities.

In her own words, Dr. Benjamin:  “…arrived here by way of a winding road that has snaked through South Central Los Angeles; Conway, South Carolina; Majuro, South Pacific, and Swaziland, Southern Africa. I come from many Souths, and I tend to bring this perspective, of looking at the world from its underbelly to my analysis.”