Pay What You CanAvailableRecordedComing Soon 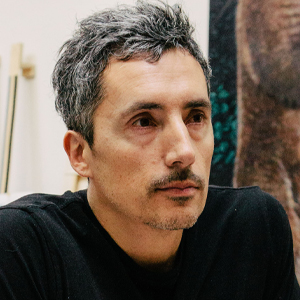 If an event is sold out, as a courtesy, the Graduate School will offer standby seating on a first-come, first-served basis. Any reserved seats not taken by 15 minutes before the start of the lecture will be offered to our guests in the standby line. Please note: standby entrance is based on seat availability and there is no guarantee of admittance to the public lecture.

Kent Monkman (b. 1965) is an interdisciplinary Cree visual artist. A member of Fisher River Cree Nation in Treaty 5 Territory (Manitoba), he lives and works in Dish With One Spoon Territory (Toronto, Canada).

Monkman’s short film and video works, collaboratively made with Gisèle Gordon, have screened at festivals such as the Berlinale (2007, 2008) and the Toronto International Film Festival (2007, 2015). Monkman is the recipient of the Ontario Premier’s Award for Excellence in the Arts (2017), an honorary doctorate degree from OCAD University (2017), the Indspire Award (2014), and the Hnatyshyn Foundation Visual Arts Award (2014).