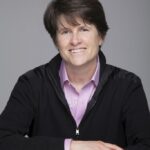 Sally Clark serves as Director of Regional and Community Relations at the University of Washington. In this role she connects with neighborhoods surrounding the Seattle campus, local governments and communities all around the region. Previously Sally served more than nine years on the Seattle City Council, including as Council President and land use committee chair. Sally used her City Council role to make Seattle safer, more affordable and more sustainable through workforce development, smart land use planning and strengthening communities.

Sally is a graduate of the University of Washington, with BAs in Spanish and Political Science and a Masters of Public Administration from UW’s Daniel J. Evans School of Public Policy & Governance. She is an alumnus of the Harvard Kennedy School of Government’s leadership program for executives in state and local government, and a 2012 Aspen-Rodel Fellow. She lives in Seattle’s Brighton neighborhood with her spouse, Liz Ford, and an enthusiastic Labrador named Scout. 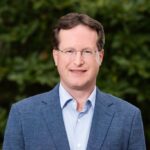 Aaron Hoard serves as the Deputy Director for Regional & Community Relations at the University of Washington. He helps coordinate institutional policy and response in the areas of land use, transportation, housing and economic development. He represents the University during interactions with City and County governments, military bases, local community groups and business organizations. He was formerly a Comprehensive Planner and Geographic Information Systems Analyst at the City of Bellevue. He graduated from the University of Washington with a degree in Geography. 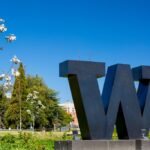 Colleen Boyce joined the Office of Regional & Community Relations in 2017. She handles the team’s administrative needs and provides project support. She has more than 20 years of experience working in the nonprofit sector, including both prospect management and administration. She is a graduate of Fairhaven College and the UW’s Certificate in Editing program.