Speeding up the science

Curtis and Elizabeth Anderson lost their daughter to an uncommon form of cancer. Their philanthropy aims to expand research and bring hope to patients and their families. 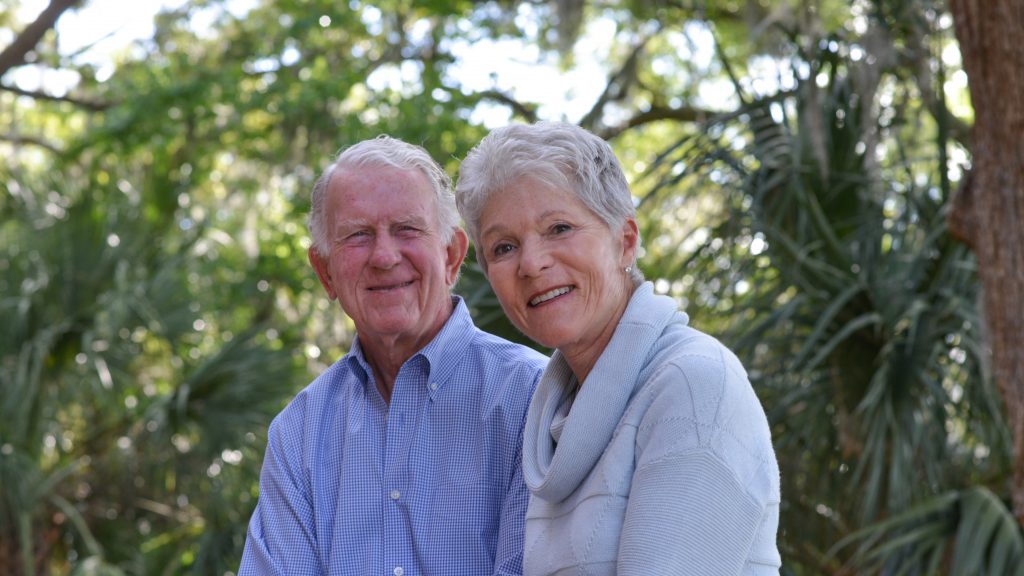 Spurred by the tragic loss of their daughter, Curt and Libba Anderson aim to speed up the science for future sarcoma patients.

As a semiprofessional cyclist, Johanna Trueblood raced over all manner of challenging terrain: narrow city streets, winding mountain descents and rough, unpaved roads. And she did it to help others, raising money for the American Heart Association and other nonprofits through her bike races. Her passions for cycling and making a difference were inspiring — sometimes, her whole family would join her in training for and participating in a charity ride.

“Johanna was a super athlete,” says her father, Curtis Anderson. “She was an inspiration for all of us to raise our exercise regimen to keep up with her.”

But at 42, Johanna, a mother of three in peak physical shape, was diagnosed with a liver sarcoma. While recent scientific advances have radically improved the way many cancers are treated, sarcomas have not gotten equal attention. Infiltrating bones, organs, and connective tissue like muscles and tendons, these diseases are often difficult to treat. And because they’re much less common than other cancers, research and treatments lag — and patient outcomes are often poor.

Despite undergoing rigorous treatments, including chemotherapy and a complex 10-hour surgery, Johanna died eight months after her initial diagnosis. “It broke our hearts — we did everything we could to help her,” says her mother, Elizabeth (Libba) Anderson. “But the science just wasn’t there.” 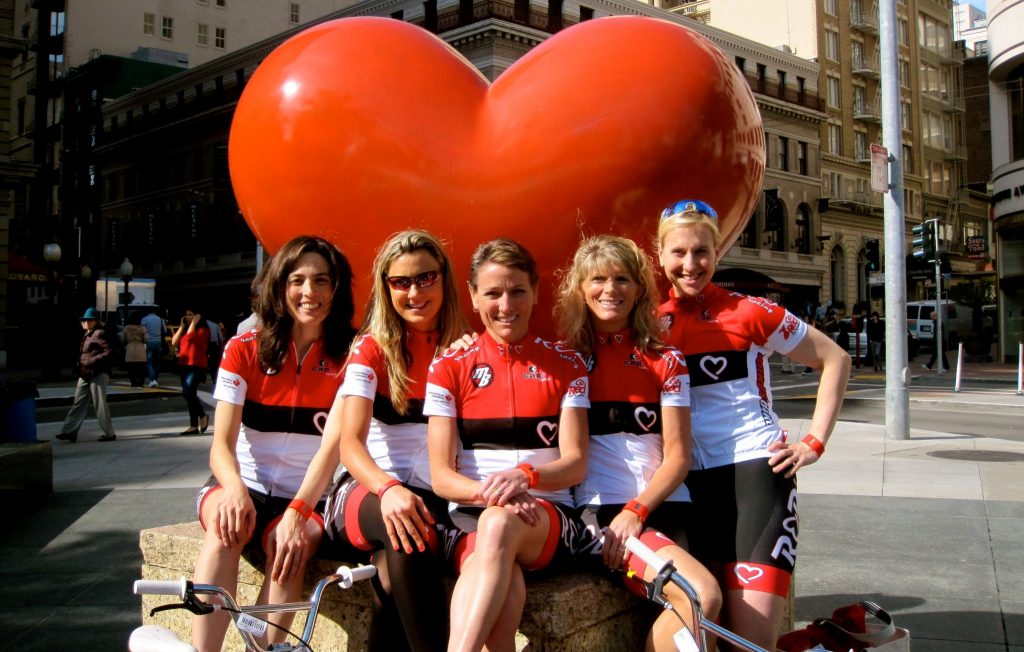 Johanna Anderson Trueblood, second from right, with her race team

After Johanna’s passing in 2014, Curt and Libba matched their heartbreak with a resolve to help advance sarcoma research. “We want to make sure it’s there for the next person,” says Libba.

The Andersons weren’t new to transformational philanthropy in medicine. They helped establish the Curtis and Elizabeth Anderson Cancer Institute in their hometown of Savannah, Georgia, and donated to expand curriculum and enrollment at Georgia’s Mercer University School of Medicine. Their family foundation, renamed The Johanna Anderson Trueblood Foundation after Johanna’s passing, encouraged family members to make charitable gifts in their communities. But the Andersons didn’t expect that their search for the best place to invest in sarcoma research would lead them back across the country to their alma mater.

Curt and Libba met at the UW in 1962 while earning their undergraduate degrees, and Curt’s MBA, ’67, from the Foster School of Business led to his international investment-banking career. So when they learned about the 30-year sarcoma research collaboration between UW Medicine and Fred Hutchinson Cancer Research Center, they knew it was a perfect match.

Seeing the impact they could have, the Andersons made a $5 million gift to the UW Medicine/Fred Hutchinson Sarcoma Program, which brings together multidisciplinary experts — medical, surgical and orthopedic oncologists; rehabilitation specialists; pathologists; and more — from UW Medicine and its partner organizations. These specialists treat approximately 800 sarcoma patients annually, more than any other cancer center in the region.

“The sarcoma program is the crown jewel within UW Medicine,” says Curt. “The strength, integrity and vision of the program really spoke to us, and given we were both UW alumni and how much we enjoyed our time there, all the pieces of the puzzle fell into place.” 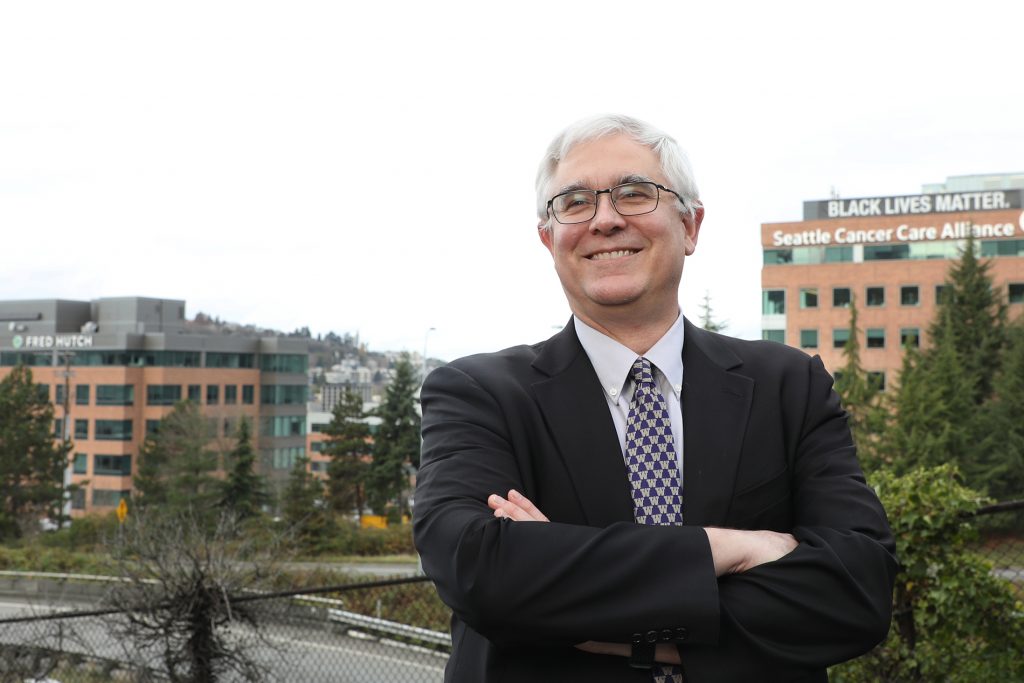 “I still sometimes pinch myself to make sure this isn’t a dream,” says program director Dr. Lee Cranmer about the Andersons’ gift. “This is going to put us at the forefront.”

Part of what makes sarcomas such an intractable family of diseases is their variety — there are more than 70 different subtypes, so a one-size-fits-all treatment approach has been disappointing.

“Our vision is to develop treatment strategies and therapies specific to each type of sarcoma,” says Cranmer.

The Andersons’ gift will help develop what Cranmer calls an “innovation incubator.” Clinical trials, the gold standard for evaluating new therapies, are time-consuming and expensive for an uncommon group of diseases like sarcomas — so treatment options have evolved glacially since the early 1970s. The Andersons’ gift establishes an awards program to fund promising ideas for clinical trials, laboratory research and more. It’s a low-risk way to explore many ideas and pilot projects, then boost the ones with the most potential. The gift aims to remove roadblocks, speed up the process and increase the likelihood of success when new treatments make it to the clinic.

“It’s like investing,” says Cranmer. “You don’t want to try to pick the one stock that wins. You want to invest in a mutual fund where you win no matter what.”

The Andersons’ investment will also create a powerful sarcoma database linked to a tissue bank. “Soon we’ll have a quick, low-cost way to assess an idea’s potential and either pursue it further or move on to the next idea,” says Cranmer.

Finally, the Andersons are helping ensure a bright future for sarcoma care in Seattle: Their gift creates an endowed UW professorship and two fellowships for physicians who want to specialize in the field.

Cranmer worries that describing sarcomas as “rare” makes it seem less urgent to find a cure. In reality, he notes, 20% of cancer cases in the U.S. involve cancers that are considered rare — and discoveries in treating less-common cancers often spark revolutions in fighting more common types. Immunotherapy, for instance, originated in melanoma treatment but is now at the forefront of cancer care across much of the field.

Curt and Libba Anderson know that there isn’t likely to be one magic cure for all sarcomas. And although the gift was spurred by the tragedy of losing their daughter, they’re excited about its potential to impact the work of researchers at the UW — and save lives. They may live in a different corner of the country, but they’ll be keeping a sharp focus on what’s happening in South Lake Union for a long time.

“Dr. Cranmer talked to us about clinical excellence. Cutting-edge research. Creating the next generation of sarcoma clinicians,” Curt recalls. “All of that resonated with us, and we knew immediately that we had a soul mate.”

Portraits of Curt and Libba Anderson by Christine Hall

When you support sarcoma research, you help researchers get closer to a cure — and improve cancer care for everyone.