Racing against a pandemic

Last winter, King County became the nation’s COVID-19 epicenter. The UW’s quick response was months, even years, in the making.

Donors to the Be Boundless — For Washington, For the World campaign helped power the UW’s response to the COVID-19 pandemic.

When a novel coronavirus emerged halfway around the world last winter, researchers at the Seattle Flu Study took note.

Led by Dr. Helen Chu, an associate professor in the UW Medicine Division of Allergy and Infectious Diseases, the Flu Study team was already investigating how influenza and other respiratory viruses spread throughout the city — and many in the field saw respiratory viruses as a likely source of the next pandemic.

Not far away, Dr. Keith Jerome was also monitoring the coronavirus. Jerome, head of the UW Medicine Virology Division and director of the UW Virology Laboratory, doubted the virus would come to the U.S. — but, like Chu, he knew it was better to be prepared. In early January, he and his team began working on their own COVID-19 test. 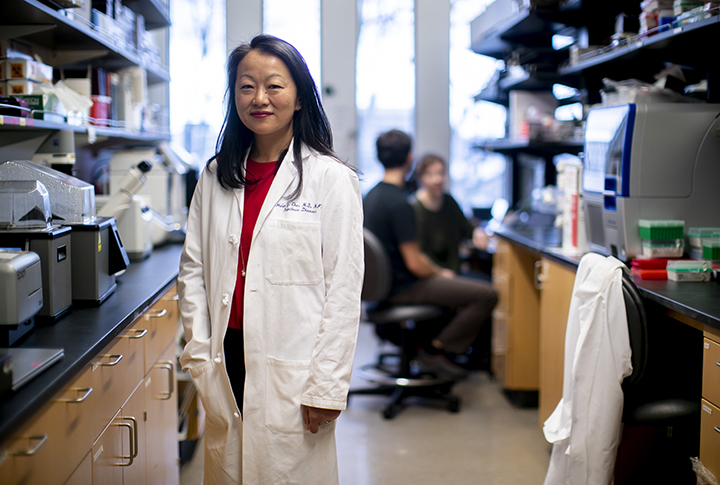 Associate Professor Helen Chu and her Seattle Flu Study team had been laying the groundwork for a pandemic response since 2018.

On January 20, Washington state reported the first confirmed COVID-19 case in the U.S. — a Snohomish County man who had recently returned from Wuhan, China. Over the next month, public health agencies reported more than a dozen additional U.S. cases, but they were all thought to be related to travel in China. Nevertheless, the Seattle Flu Study added the novel coronavirus to the pathogens they were testing for.

On February 27, it happened. A Seattle Flu Study sample tested positive for COVID-19. Days later, Jerome’s lab had a positive test. They were our country’s first and second reports of COVID-19 that showed evidence of transmission in the community.

The Seattle Flu Study and Virology Lab knew this had massive implications, even if the general public couldn’t yet fathom them. King County would quickly become the nation’s COVID-19 epicenter — but the UW’s quick response had been months, even years, in the making. 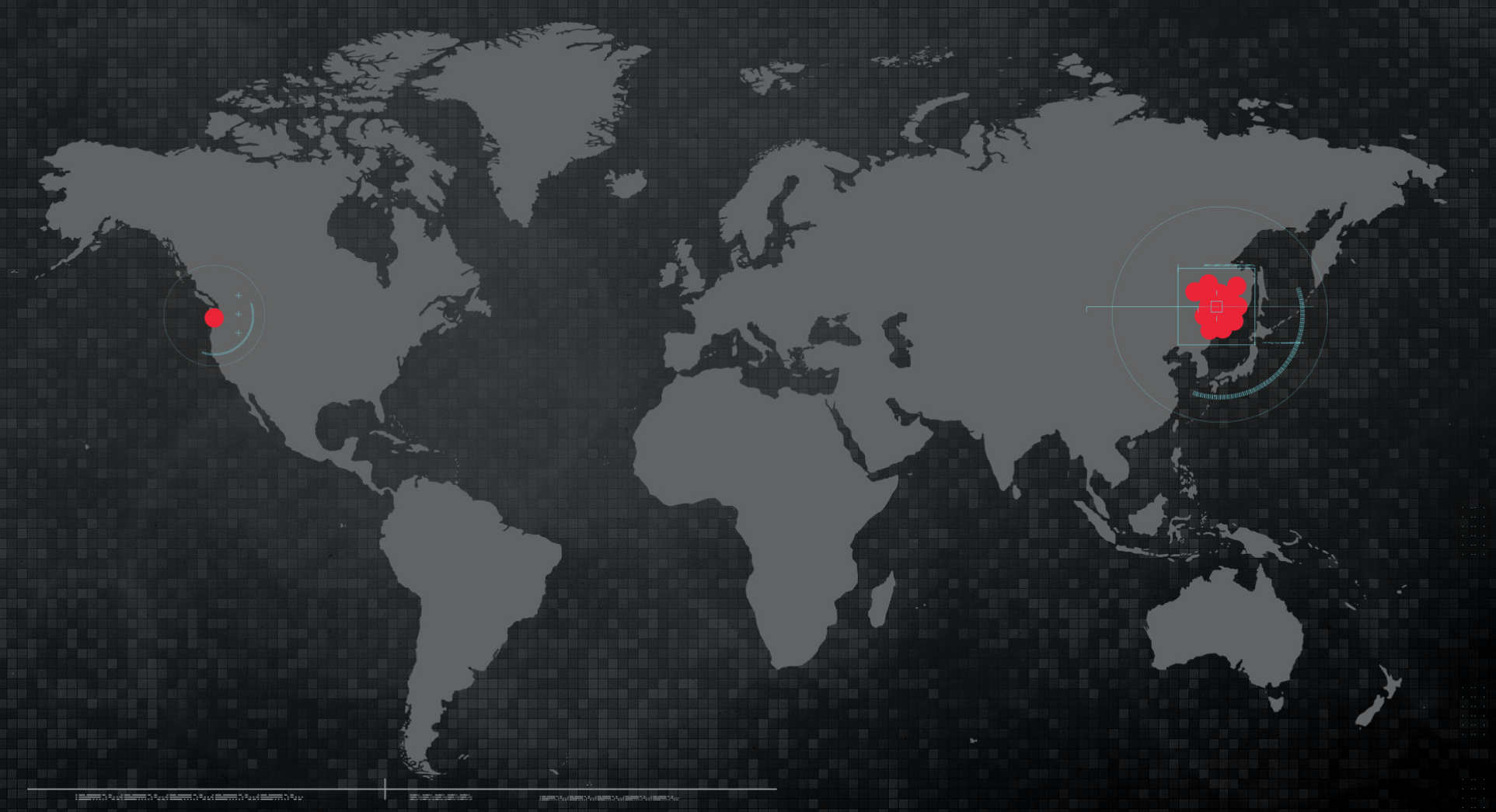 Seattle Flu Study team finds a positive test for COVID-19 — the first evidence of community transmission in the U.S.

Researchers at the Seattle Flu Study and in the UW Virology Lab know this has massive implications — even if the general public can’t yet fathom them.

Long before the current pandemic arrived in the U.S., preparation for one was happening behind the scenes — especially in Seattle. Home to cutting-edge hospitals and research engines, the Pacific Northwest is known as a medical powerhouse. Jeff Brotman, ’64, ’67, the late co-founder of Costco, imagined uniting our region’s research strengths. His friend Dan Baty, ’65, shared that vision.

In 2017, their dream became reality with the launch of the Brotman Baty Institute for Precision Medicine (BBI), which combines the expertise of UW Medicine, Fred Hutchinson Cancer Research Center and Seattle Children’s.

Another local visionary — Bill Gates — was concerned about the global response to the H1N1 pandemic in 2009 and Ebola in 2014–16. (Watch a 2015 TED Talk in which Gates highlighted how the world could better prepare for a future epidemic.) He stepped up to help the Pacific Northwest prepare for the possibility of a deadly global pandemic. Fortunately, a few key investigators were already laying the groundwork.

At the Institute for Disease Modeling, principal research scientist Mike Famulare and colleagues suggested a way to monitor the seasonal transmission of respiratory viruses and help prepare for a pandemic. And researcher Trevor Bedford, with the Hutch and Nextstrain, was discussing how to speed up genomic sequencing of pathogens and better map their spread.

In 2018, with funding from Gates Ventures (Gates’s private office) and in partnership with the Bill & Melinda Gates Foundation and UW Medicine, the BBI launched the Seattle Flu Study.

But no one expected the pandemic that came next.

“The Seattle Flu Study was meant to help us prepare for a possible pandemic, but we assumed that would be years from now,” says Jay Shendure, director of the BBI and one of the study’s principal investigators. “It happened in year two.” 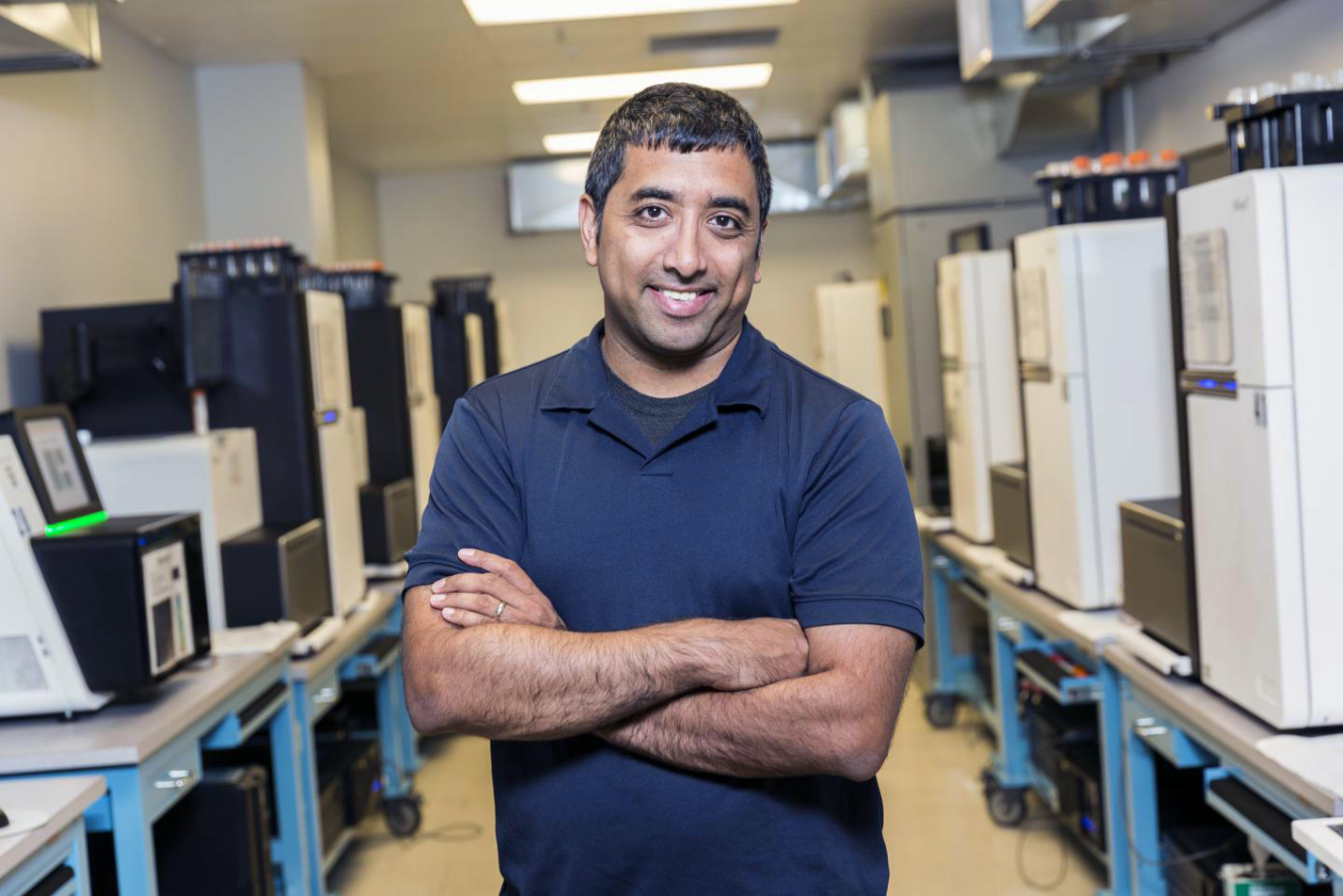 “The Seattle Flu Study was meant to help us prepare for a possible pandemic, but we assumed that would be years from now. It happened in year two.” Jay Shendure
Scientific Director, Brotman Baty Institute for Precision Medicine

Learning that the novel coronavirus was spreading in the community, the BBI team responded quickly. Investigators worked with the Washington State Department of Health, Centers for Disease Control and Prevention, and Public Health–Seattle & King County to translate their research and resources into action. On March 23, with funding from Gates Ventures, the Seattle Coronavirus Assessment Network (SCAN) was launched.

Using the swab-and-send home test, SCAN has sent more than 17,500 free testing kits to symptomatic and asymptomatic people in the region. The data gathered has not only helped identify those with COVID-19; it has also helped researchers learn more about the disease and its spread.

If there’s a silver lining to this pandemic, it may be that it has spurred unprecedented levels of collaboration — across health systems, government entities and private foundations. “People are going out of their way to pull down barriers so things can get done,” Shendure says. 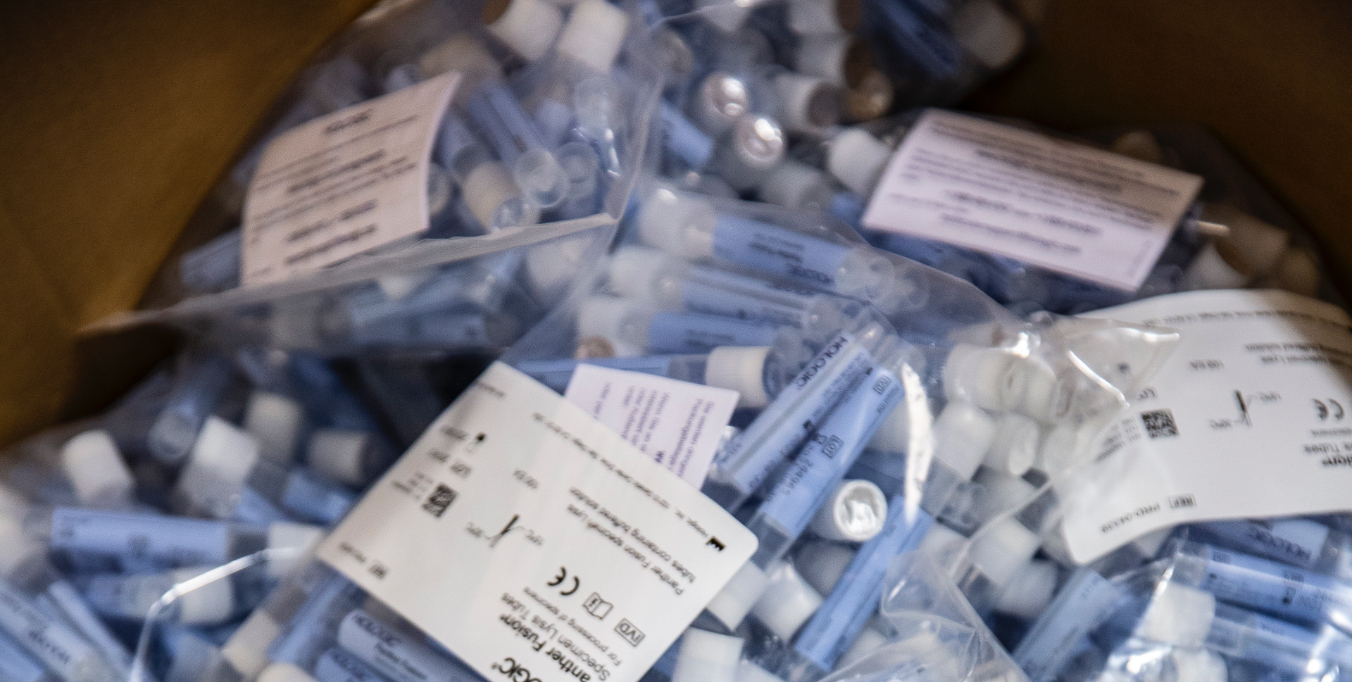 For the first few months of the COVID-19 pandemic, the UW Virology Lab provided over 50% of the state’s testing. 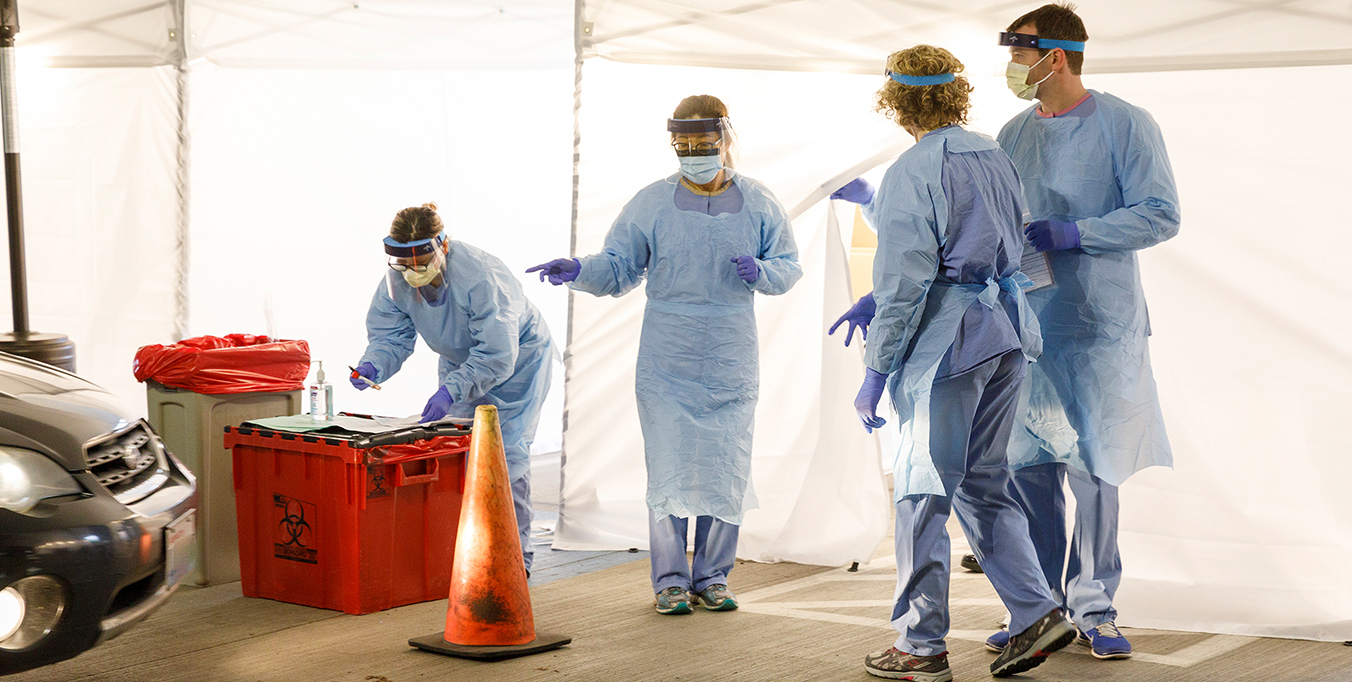 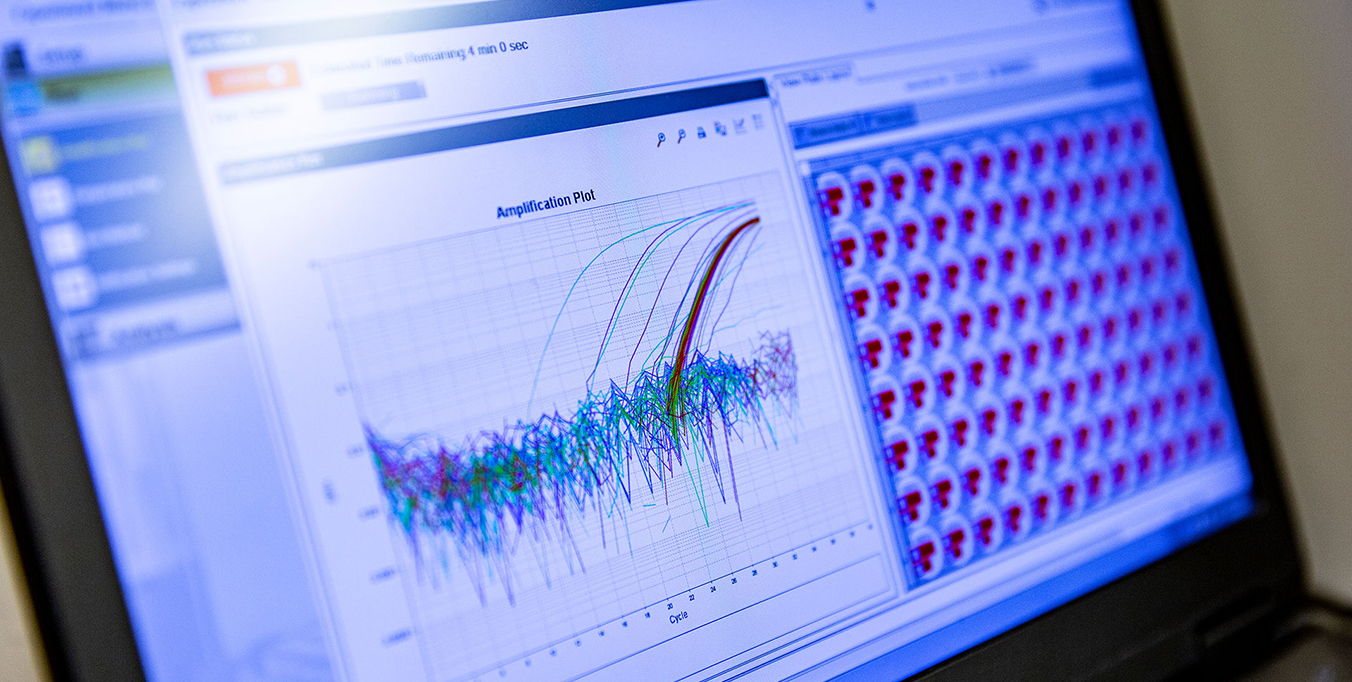 From beginning to end, analyzing COVID-19 tests takes 6–8 hours. On this plot, the jagged lines represent negative tests; those that arc up and to the right are positive. 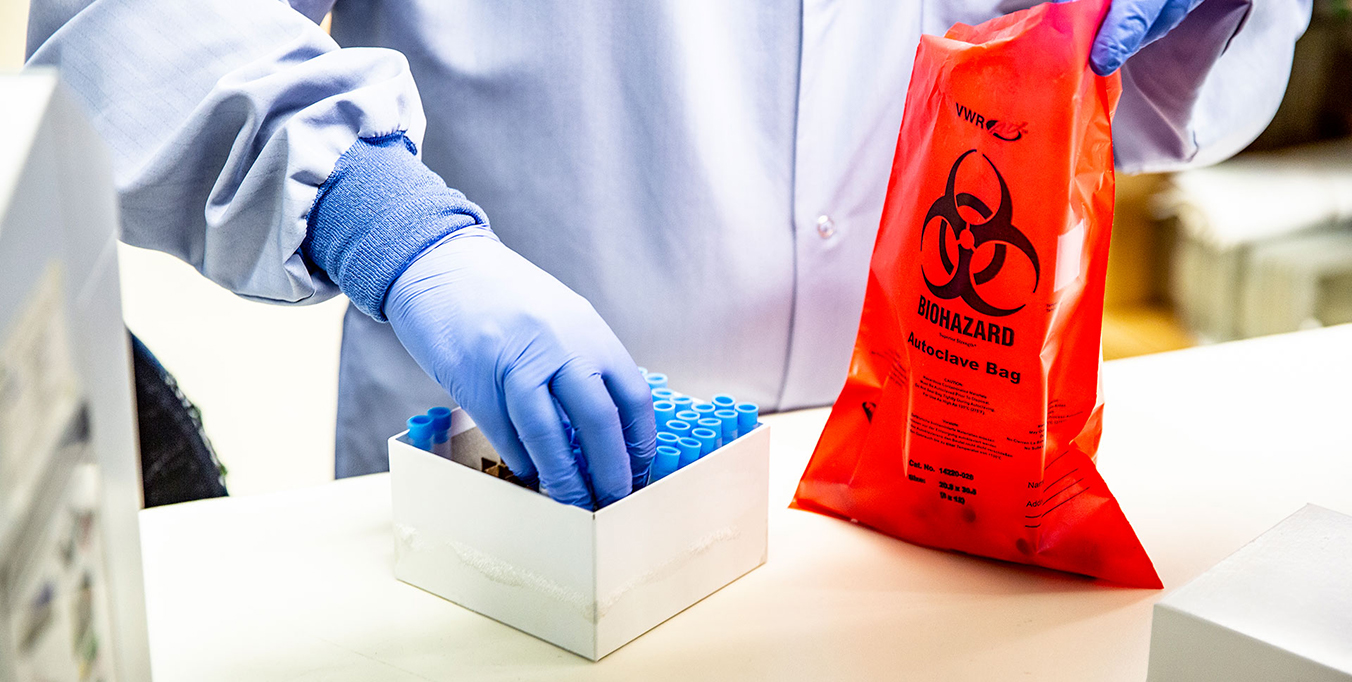 A sacrifice worth making

Meanwhile, the UW Department of Laboratory Medicine was also a flurry of activity. “It was clear that the pandemic was going to be significant, and our testing capacity would be instrumental in helping the state weather the storm,” says Dr. Geoffrey Baird, the department’s interim chair. “I also realized how much it was going to cost.”

Because Baird’s department is a prominent reference laboratory, it has a relatively large reserve, which is invested back into faculty, staff, instruments, education and test development. Baird decided to spend down the reserve in order to ramp up COVID-19 testing.

It wasn’t an easy decision, but it was the right one. With Jerome at the helm, the Virology Lab quickly became the state’s largest test provider, able to handle 8,500 tests a day. For the first few months of the pandemic, the lab provided over 50% of the state’s testing. And while the department’s reserves are depleted, Baird hopes that most will be replenished by federal, state and philanthropic dollars.

Baird had the full support of his colleagues, including Jerome, who knew early on that the UW’s testing capacity could be key if the coronavirus spread in the U.S. “This kind of pandemic requires a shift in thinking,” Jerome says. “We will deal with the costs later. Right now, our first obligation is to the health of the people of Washington.” 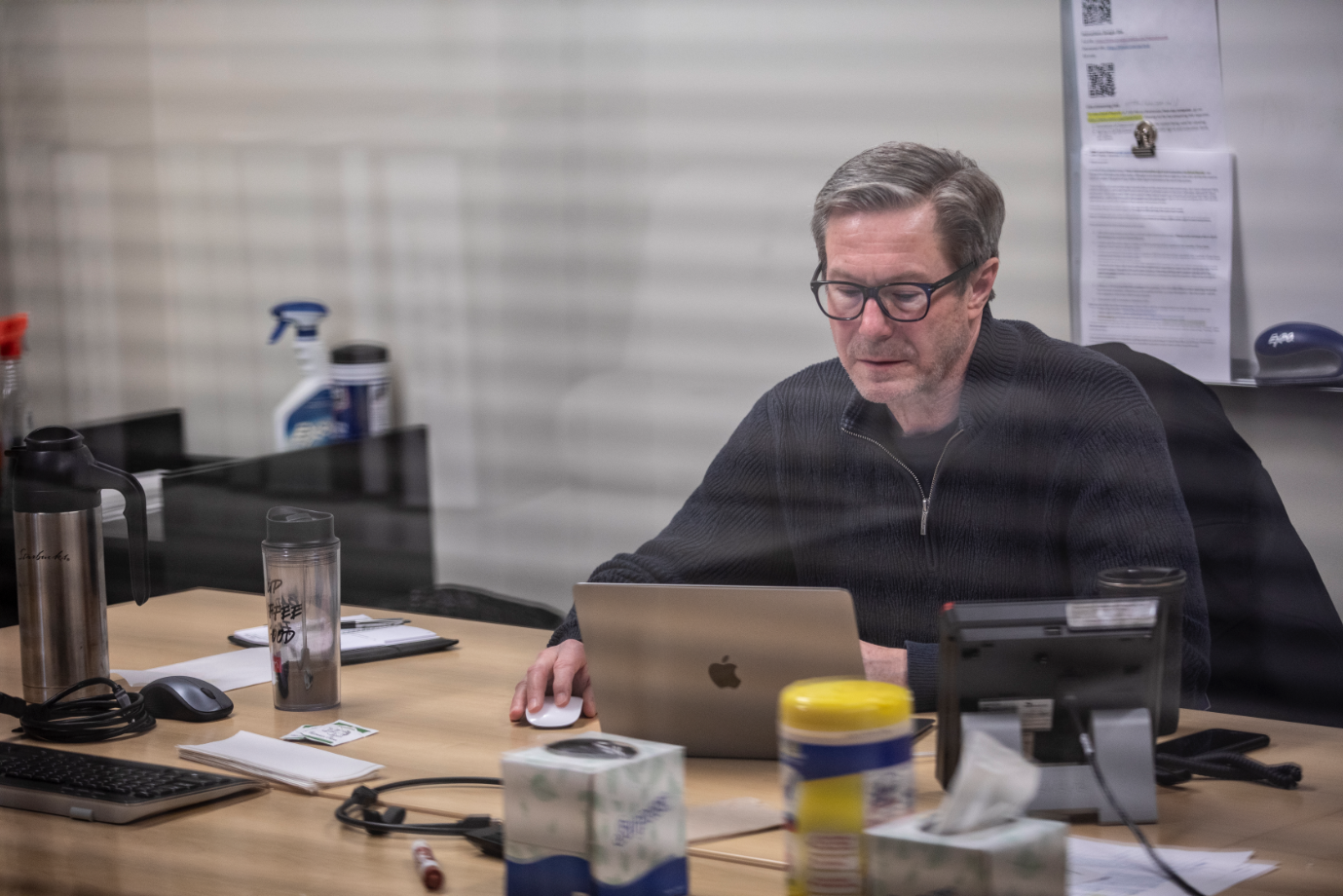 Dr. Keith Jerome, head of the UW Medicine Virology Division and director of the UW Virology Lab, worked with his team around the clock to ramp up COVID-19 testing.

A sprint, then a marathon

Today, the Virology Lab continues COVID-19 testing. It’s also conducting large-scale serologic tests — blood tests that show whether someone has had the virus — and supporting vaccine development and genetic sequencing. Jerome notes that UW Medicine is one of the country’s largest depositors of coronavirus genomes.

SCAN also continues testing volunteers across the county, keeping the public informed and able to make data-driven decisions. In addition to testing more children, SCAN aims to recruit more participants from underrepresented communities, which are often disproportionately affected by COVID-19.

In retrospect, Jerome notes, Seattle was actually a good place for the virus to land first. The expertise of the BBI and the UW Virology Lab, along with UW Medicine’s deep strengths in research and patient care, are powerful weapons in the fight to stop the spread of COVID-19.

“Between our program getting ready for testing just in case it came here, and groups like Seattle Flu Study looking at the population in a broad way, we were incredibly well prepared,” he says. “We are built perfectly to respond to something like this.”

When you support pandemic research and COVID-19 testing throughout our community, you can help save lives and slow the spread of COVID-19.