For Helen Noyes, ’69, a love of languages translated into
a lifelong career with the CIA. 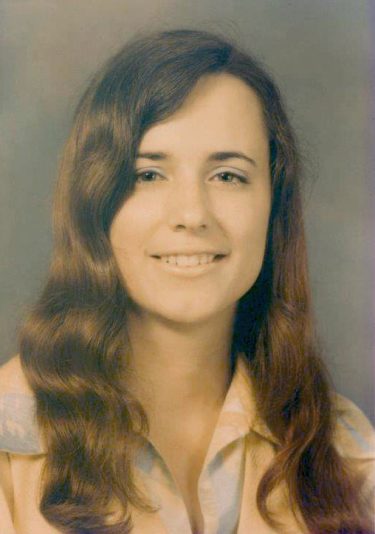 Helen Noyes, who studied German and Russian at the UW, found an unexpected career in the CIA.

As a Far Eastern and Slavic studies major in the late 1960s, Helen Louise Noyes was about to become the first in her family to graduate from college. Her family was thrilled. But her next step was far from clear.

Noyes, ’69, had interviewed without success for numerous corporate management training programs. Most were resistant to hiring a woman. A recruiter from a European shipping company was completely frank: A woman would not be a good fit, he told her, in the German business community.

Rather than accept defeat, Noyes says, she began to “think more broadly about what I might be able to tackle.” A recruiter from the Central Intelligence Agency was coming to campus, and Noyes signed up for an interview — but she still had few expectations.

Not only would Noyes land a job at the CIA, she would go on to climb the ranks in an unexpected career that brought the world to her. From her early days as an imagery analyst for foreign intelligence (and one of two women in a department of 150 people) to the culmination of her career as an agency executive, Noyes never wavered in using her sharp mind and natural curiosity to move ahead in her career and encourage others along the way.

The Seattle-born Noyes studied both German and Russian at the UW. But it wasn’t just her language skills that caught the CIA recruiter’s attention. That fateful morning, in a cramped office barely large enough for its desk and two chairs, Noyes impressed the recruiter with her analysis of the aerial photos in the CIA brochure — and, she later learned, with how she turned the tables by interviewing him.

“I asked the recruiter if the photos were from the Cuban Missile Crisis, and he asked why I thought that,” Noyes recalls. “I proceeded to point out military vehicles, missiles and launch pads. He immediately wrote down that the imagery analysis component at the CIA should hire me.”

Imagery analysis involves extracting useful information from photos — at that time, taken from satellites and reconnaissance aircraft. After a follow-up interview in Washington, D.C., months of waiting for clearances, and a cross-country move to the nation’s capital, Noyes took a step neither she nor her family had predicted by launching her career with the CIA.

Noyes spent decades climbing the ranks — and mentoring others — in the CIA. Here, she pauses at the CIA Memorial Wall on the day of her retirement in 2006.

For her first assignment, Noyes used satellite images to study the economic capabilities of countries closed to the U.S., assessing their ability to manufacture various products. A few years later, she was drawing from a wider variety of sources from across the intelligence, military and diplomatic communities to assess foreign economies and help inform trade negotiations.

As a woman in an overwhelmingly male environment, Noyes faced an uphill battle. “Some of the men were clearly less than enthused about having women in the office,” she recalls. “I was asked lovely questions like, ‘When are you going to quit and have kids?’”

But her work spoke for itself. Noyes’ next promotion was to branch chief, overseeing a dozen people focused on China’s economy. She then became a deputy division chief and continued to climb the management ladder, finding even greater opportunities when imagery analysis and mapping merged, in the 1990s, as the National Geospatial-Intelligence Agency. By the time Noyes retired in 2006, she was a senior intelligence service officer.

Over time, the CIA became much more diverse. Noyes notes, “There are many, many, many capable female professionals at the CIA and elsewhere.”

While she was making strides in her own career, she was committed to supporting others as well. “I love to mentor,” Noyes says. “A lot of people came into the agency who had never worked on intelligence issues, and the opportunity to teach them was exciting.”

That drive to encourage others led Noyes to contact the UW last year about creating the Jonathan and Helen Louise Noyes Language Scholarship in the Jackson School of International Studies. Through a generous blended gift of a bequest and annual contributions, the fund provides support for UW students studying challenging languages.

Two factors convinced Noyes to support language study at the UW. The first was her own missed opportunity to study Russian in Moscow, travel that she couldn’t afford as an undergrad. “It ate at me for decades,” she says.

The other factor was the paucity of job candidates in the intelligence community with language skills or an interest in pursuing language study.

Her own work in imagery analysis did not require foreign-language fluency, but Noyes’ knowledge of Russian helped when she was stumped by an image. She was able to consult Russian-language newspapers and books for a better understanding of the industrial processes she was seeing. “No one else there could do that,” she recalls. “It became clear that too few people knew the languages of the regions they were focused on. It didn’t make sense to me.”

Noyes directed her gift to students studying languages categorized by the State Department as Level 3 or higher — the ones most difficult for native English speakers to learn. But an interest in the CIA or State Department is not required. Language proficiency, Noyes believes, is vital in any field involving communication across countries and cultures.

“Whether the speaker is employed by the U.S. government, an international business or a nongovernmental organization doing charitable work abroad, our nation will benefit. I think better cross-cultural understanding would help foster world peace. We can’t get along if we can’t communicate with one another.”

When you support scholarships like the Jonathan & Helen Louise Noyes Language Scholarship, you help prepare the next generation of global leaders.