Many students are undecided about their majors when they enter college — and many who have decided will change their minds more than once before they graduate. There is a lot to choose from at a university of this size, and there are many factors to think about as you consider potential majors.

What is a major?

A major is an extended study of one academic area, usually within one department of the University. Your major consists of at least 50 credits and makes up about one-third of your bachelor’s degree program.

The vast majority of students enter UW as a pre-major (this includes pre-science, pre-humanities, etc.)  This status simply means a student has not yet declared a major at UW. The type of pre-major a student is coded as correlates to what that student put on their UW application but does not impact a student’s choice of major later.

For example, if a student indicated Physics as their first choice major on their application then they would be coded as pre-science but could pursue a degree in Art History if they so chose.

The University of Washington Satisfactory Progress Policy states that students are expected to declare a major by the time they have earned 105 credits and completed 5 quarters. Both conditions need to be met in order for the satisfactory progress rules to go into effect.

Your major is only a part of your overall education at UW. In fact, 93% of employers consider other factors to be more important when hiring for entry-level positions than a candidate's college major.

Thinking About a Pre-Major Extension (PME)?

Learn more about the PME process. 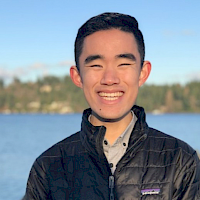 When I first came to the University of Washington, I had my heart set on being an artist and pursuing a degree in Art. After my first few quarters, I decided to explore around and came across an Introduction to Communication class. It was in this class that sparked something inside of me. This set me on a path which opened the doors for me to be able to study something that I was passionate about in different avenues through art and communication.