It’s the beginning of week eight of the 2019 Legislative Session. Check out the highlights from Olympia from the past two weeks:

The legislature is now past policy and fiscal committee cutoffs in the house of origin, which means new policy cannot be introduced in committee and any bills not voted out of committee are now considered dead. March 13 will be the last day to consider and pass bills in the house of origin. After, bills that remain alive will go to the opposite house for consideration. To view the legislative session cutoff calendar, click here. 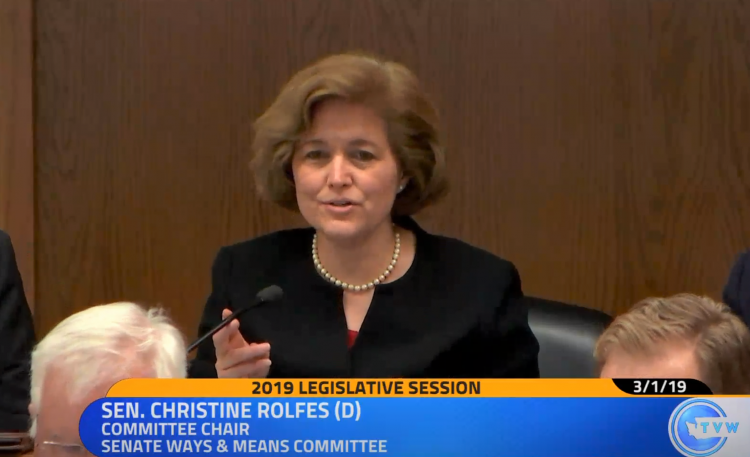 Sen. Cleveland testifies in support of establishing a behavioral health campus within the UW

Sen. Annette Cleveland testified before the Senate Behavior Health Subcommittee to Health & Long Term Care Committee on Senate Bill 5516, which would establish a behavioral health innovation and integration campus within the UW School of Medicine. In her testimony, Sen. Cleveland said the behavioral health campus “will change lives for the better” and that establishing the campus is a proactive and important part of the solution to our state’s behavioral health crisis.

Senate Bill 5516 was voted out of committee on Feb. 21 and referred to Ways & Means. This is the companion bill to House Bill 1593, which is prime sponsored by Speaker Frank Chopp. The House bill passed out of the Appropriations Committee and will head to the floor for a vote. 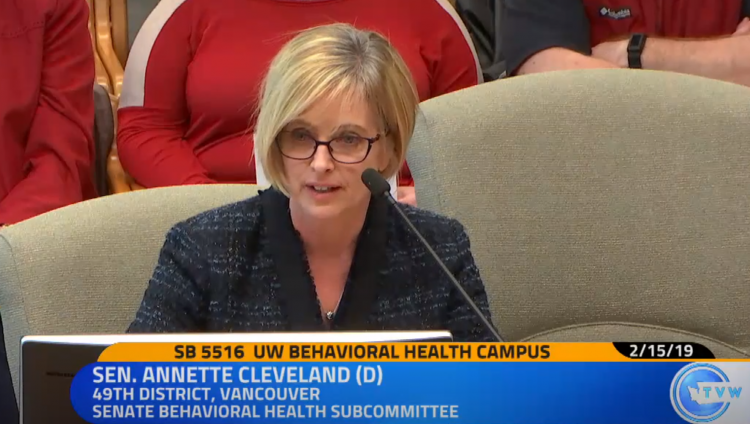 President Ana Mari Cauce traveled to Olympia for the second time for the 2019 legislative session. She met with House caucus leaders and key budget writers from the House and Senate. At this time, budgets are being discussed and drafts will soon start to form, so her visit was well-timed and meetings productive. 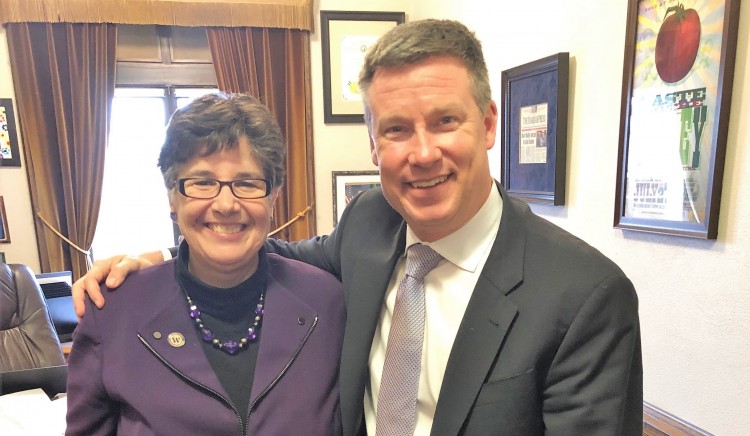 Mike Bragg, UW College of Engineering Dean, visited Olympia to meet with leaders and legislators in both the House and Senate and expressed the need for engineering degrees for Washington state students and employers. Dean Bragg spent his day advocating for state funding to help increase engineering enrollments and graduates and to support the UW’s highly successful STARS program. He also advocated for design money for a new interdisciplinary teaching and research facility for the College of Engineering in Seattle.

In 2017, the Institute for Stem Cell and Regenerative Medicine’s received state funding to support their important and impactful mission of turning fundamental discoveries in stem cell science into therapies for today’s patients. Dr. Chuck Murray and ISCRM’s Philanthropic Chair, Lyn Grinstein, met with legislators to thank them for their support and update them on what ISCRM has been able to accomplish due to the state funding provided.