Which Studies and When

HSD and the UW IRB generally apply the Common Rule to all UW research except when doing so directly conflicts with other human subjects regulations or when the study qualifies for the UW Flexibility Policy.

Initial IRB application was submitted on or after January 21, 2019
These studies (and their IRB review are governed by the revised Common Rule). This is mandatory; there are no other options.

Where to find the submission status
Open up the study in Zipline. The application status is in the purple box on the left side of the screen, to the left of the study number and short title. 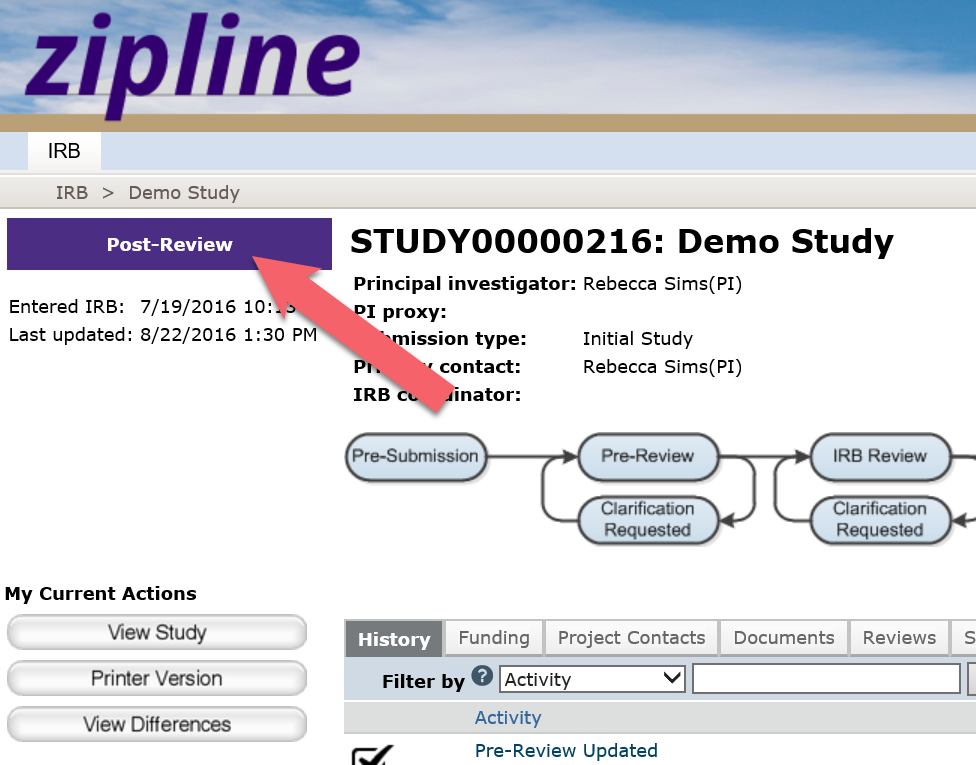