Here in UW-IT Accessible Technology Services (ATS), we are frequently asked which of the online survey tools that are commonly used at the UW produces the most accessible survey forms. To be sure we could confidently answer this question, the ATS IT Accessibility Team recently conducted a review of the following five tools, listed alphabetically:

With each survey tool, we created a test survey that included the following form fields: 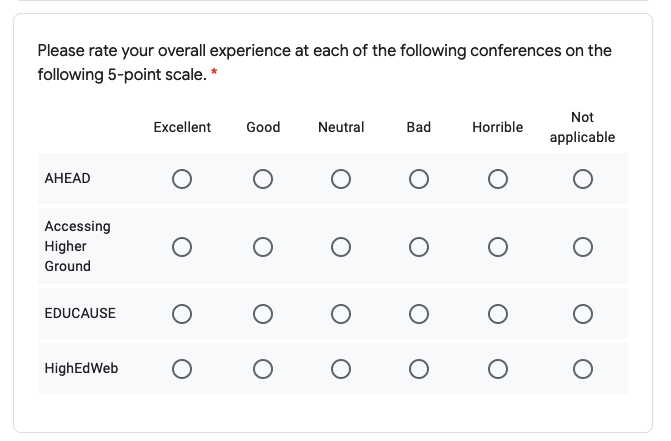 We tested each form by attempting to complete it with the keyboard alone (no mouse), then Hadi Rangin, a full-time screen reader user, tested each form with both JAWS and NVDA (Windows screen readers). We also inspected the HTML code to see whether the code conformed to HTML standards and accessibility best practices, and we checked for other accessibility issues such as color contrast.

The following is a high-level summary of what we found: 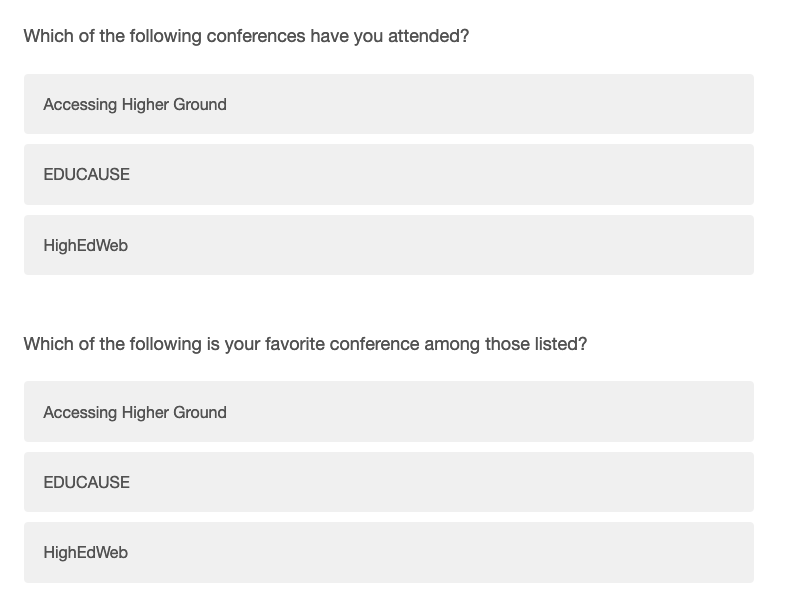 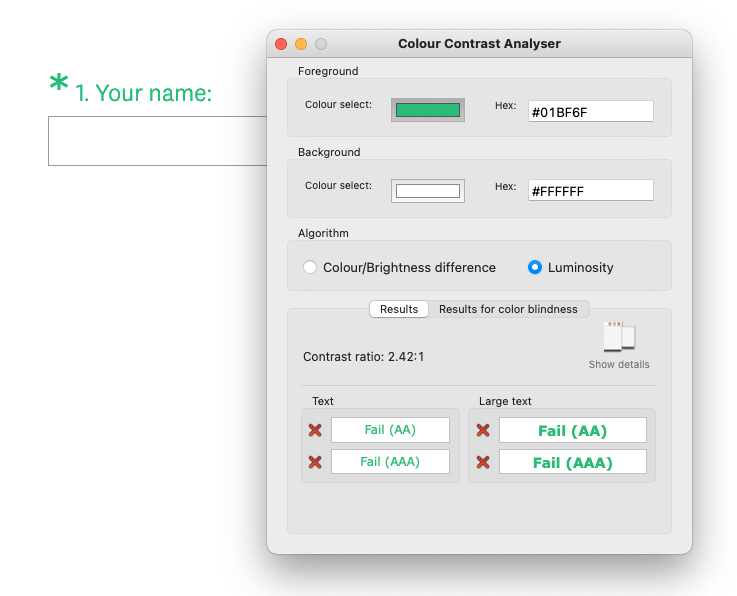 We’ve been using Catalyst WebQ for decades for our own forms and surveys. We have trusted its accessibility and, if we found problems, we knew who to call. However, web coding practices have evolved over the years, including methods for coding forms and for making them accessible. Since WebQ is no longer actively developed, it no longer offers the most accessible survey solution.

Today, the best tools for creating accessible forms, based on our tests, are Google Forms and Microsoft Office Forms. However, which of these tools is best may change at a moment’s notice. When we did some preliminary tests two years ago, Google’s client-side validation was triggering an error message on every keystroke as users typed their responses. This was silly and annoying to sighted users (of course that’s not a valid email address–I’ve only typed one character!) But for screen reader users, it constantly interrupted the user and made the form nearly impossible to complete. Google has since fixed that bug, and currently, the forms produced by both Google and Microsoft are highly accessible. However, given the frequent updates that occur with these products, we recommend carefully testing your forms before deploying them, including testing with screen readers.

I’ll be giving a presentation on this topic at the HighEdWeb virtual conference next week. The conference is Monday and Tuesday (October 4 and 5), and my presentation, Accessible Online Forms, is the last of the conference, at 2:00pm Pacific on Tuesday. Registration is open until Friday, October 1, at 11:59pm.

Please email us at help@uw.edu or submit the Accessibility Consultation Form (requires a UW NetID).