Below are the details around double majors and double degrees.

Overlap between the core requirements of two majors is allowed to the extent that the major departments involved allow it. Consult departmental advisers.

When both of your majors or degrees are in the same college, you must complete the General Education requirements for that college.

As usual, if at least one of your majors/degrees is in the College of Arts and Sciences, you may count no more than 15 credits from one major department toward the Areas of Knowledge requirement. However, when you double major/degree, courses from the second major may count toward the Areas of Knowledge requirement without restriction. You choose which major is the one with only 15 credits of overlap allowed.

Both majors do not have to be declared at the same time, although they may be. Visit declaring a major for more information on this process.

Doubling within one department

Double majoring in the same department is allowed only in multi-major departments. For example, a French major may double with Italian, even though both majors are within the French and Italian Studies Department. Whether you are allowed to complete both the B.A. and B.S. programs in one department, such as Biology, either as a double major or a double degree, is a decision made by the department involved. In general it is not allowed, although some departments allow a student with an earlier B.A. to return as a postbaccalaureate student to complete a B.S.

A double major will read on the transcript, for example: "Bachelor of Arts (English; Political Science)" You will receive one diploma that says "Bachelor of Arts." In general, majors are not posted on diplomas.

A double degree will read, for example: "Bachelor of Arts (English)" and "Bachelor of Science (Biology)." You will receive two diplomas.

You may graduate with a double major or double degree in which you complete Departmental Honors requirements for both or just one of your majors.

The major in which you do Departmental Honors is identified on your transcript at graduation.

Students are supposed to complete their program within 225 attempted credits. If you plan to take more than 225 credits, you should talk to Financial Aid Office as it may have implications to your financial aid. 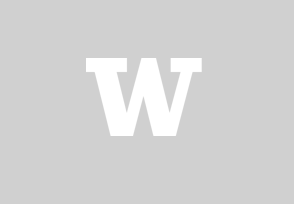